Has the ‘milk of human mercy’ dried up? 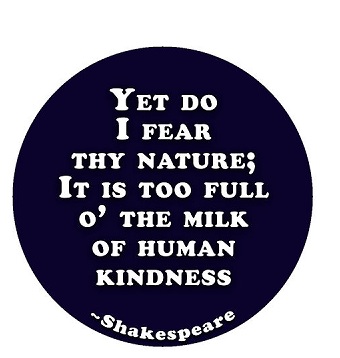 Has the ‘milk of human mercy’ dried up? Follow @Graphicgh

On my morning walk recently, the 6am news broke the story of a teacher at Goaso dipping the fingers of a nine-year-old girl living with her into boiling water.

Narrating her ordeal, the girl said her guardian got angry with her because, famishing from constant starvation, she picked GH¢2 to buy herself food.

The angry teacher accused her of stealing money, dipped her fingers into boiling water with the assistance of her daughter, then cut the blisters open with a razor blade!

Doctors said the festered fingers have a 20 per cent chance of recovery.

I asked myself, where is Shakespeare’s “milk-of-human-mercy” gone? Boil a hunger-inflicted nine-year-old’s fingers because of GH¢2?

My “Manager” left home around 5.30 am as she always does on her monthly trips to Makola Market!

When at 9.30 am she had not returned home as she normally does, I started getting concerned.

My concern was because the previous day, she had fallen unwell after a suspected food-reaction. Finally, around 10.20am, she arrived home.

Before I could ask any question, she volunteered, “my car wouldn’t start after my marketing. It had to be jump-started!” When I said “thanks to the Good Samaritan,” she replied “the Good-Samaritan taxi-driver charged me twenty cedis!”

Where has the Ghanaian “milk-of-human-mercy” I bragged about years ago gone? Could it be that I still live in the past where jump-starting a lady’s car, or changing a flat tyre was cheerfully done as a responsibility/service to ladies?

In the 1980s, as a student at the Command and Staff College, Jaji-Kaduna, Nigeria, when I told my friend Kunle that in Ghana, ladies were “not allowed” to fix their tyres when they had a puncture, he was incredulous/dumbfounded!

I pressed on that the first male driver who got to the scene stopped to offer assistance! I added, it was not uncommon to find two or three male drivers stopping to help.

In some cases, where the lady’s spare tyre was found to be flat too, one male would drive to the nearest vulcaniser to fix the tyres. The grateful lady would say thank you and drive away happily!

Kunle would subsequently gleefully tell my story beginning with, “ei, Ghana n’awaoo (wonderful Ghana)! In Ghana, woman no dey remove taya (tyre) o!” (To wit, in Ghana, ladies do not remove tyres, to the disbelief of our colleagues.)

In fairness to Nigeria, I was also a beneficiary of such kindness in 1996. Driving home with “Manager” on completion of my two-year tour as a Directing Staff (lecturer) at my alma mater, the Command and Staff College, Jaji, my car developed a fault at the worst possible place, a notorious armed-robbery zone between Abuja and Minna.

A speeding Peugeot 504 which whisked by as I waved frantically, braked hard and reversed.

A gentleman came out and asked in Twi, “wo ye Ghana ni?” meaning are you Ghanaian?

He said my distinct camouflage uniform told him I was not Nigerian. When I responded affirmatively, he said, “ye woo me wo Kumasi! Me kor Osei Kyeretwie!”

He was born in Kumasi and attended Osei Kyeretwie Secondary School.

Four of them were driving to Lagos for a meeting. Time-constraint notwithstanding, he left two colleagues with us, drove twenty kilometres back to the nearest village to get us a fitter/mechanic.

Apologising he could not stay with us, the “Good Samaritan” departed for Lagos.

“Manager’s” Makola jump-start experience stoked my belief that, the love of money/greed has taken centre-stage in Ghana with all moral considerations relegated to the background.

In my early years in secondary school, one of the early Speech Day plays was Geoffrey Chaucer’s “Pardoner’s Tale” in his book the Canterbury Tales.

The title of the play was “Radix Malorum est cupiditas,” meaning “Greed or the love of money is the root of all evil!

In the play, three friends chanced upon a vault of gold in the countryside. Having decided to wait till nightfall to cart their booty home, they decided two would guard the gold while one went to the nearest village to buy food for their waiting period.

In recent times, in addition to losing values such as discipline, cleanliness, humility and respect for age, we have placed the love of money above all other considerations.

Otherwise, how can a taxi driver who jump-starts a lady’s car demand GH¢20?

Probably as a retiree, I am old-fashioned and therefore steeped in the values of my childhood days where among others, insults could not be easily/freely dispensed.

On TV News on Wednesday, April 20, 2022, one of the 6000 students whose courses had been deferred at the Kwame Nkrumah University of Science and Technology (KNUST) for non-payment of fees told Ghanaians that even though his parents gave him money for his school fees, he gambled with the money to make profit! He could therefore not tell his parents of his predicament.

The university stated that some students “invested” fees parents had given them in Soccer-Betting and Uber transport.

Interestingly, some Ghanaians said the students were simply being entrepreneurial!

The gruesome Kasoa killing of an eleven-year old boy by two teenagers for ritual Sakawa purposes for money in April 2021 in still in court. How low we have sunk for the love of money!

Emphasising the importance of leadership on a course in 1977, a colleague who was/is a chief told us, “when fish begins to rot, it starts from the head!”

There is the urgent need for leaders to lead by example to stem disrespect, corruption, galamsey and greed/love for money!

That way, Ghanaians will save Shakespeare’s “milk-of-human-mercy” from drying-up, and learn from the older generation that, it is good to do good, and not charge a lady for jump-starting her car!