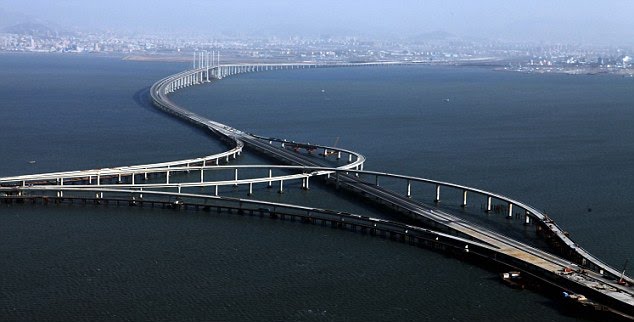 In Kenya on December 4, 2021, a 51-seater Seminary-bus of the Mwingi-Catholic-Church carrying choristers to a wedding plunged into a river while crossing a bridge, killing 24 choristers.

From time immemorial, bridges have been an important part of human development. This is because they span water bodies such as rivers or streams and make communicating and connection between two sides possible.

In some cases, they also span dry-valleys.

In Ghana, the 433-metre Adomi-Bridge which was built in 1957 across the River Volta at Atimpoku, links the Volta Region and the eastern corridor to the rest of the country.

In New-York-City in the US, the Brooklyn-Bridge linking Manhattan and Brooklyn was considered an engineering miracle at the time it was built in 1883.

It still has an iconic status to this day.

In Military history, the capture of the Luddendorff or Remagen-Bridge over the River Rhine in Germany was to prove decisive in World War II.

Following a botched operation by the Germans to blow up the Bridge at Remagen in April 1945 to prevent it from falling into Allied hands, the Allies captured the important bridge intact. This allowed them to ferry across thousands of troops and logistics.

Currently, the longest bridge in the world is the Danyang-Kunsha rail-bridge opened in 2011 as part of the Beijing-Shanghai High-Speed-Railway in China.

So important are bridges that, the word “bridge” has made an important contribution to the English language.

The idiom “to build bridges” is positive and means to sow seeds or lay foundation for future good relations/results.

On the contrary, the term “to burn bridges” is negative and means destroying the future by present bad actions.

History will always remember Mikhail Gorbachev for building bridges between the two post-World War 2 Cold-War antagonistic superpowers, the USA and USSR, in the late 1980s and early 1990s. This contrasts markedly with the current international situation where every bridge in sight is being set ablaze.

Similarly, President Obama will go down in history as a peacemaker by building bridges between America and Cuba after years of bitter antagonism between the two countries going back into the late 1950s.

A year later in 1994, President FW de Klerk of South Africa and Nelson Mandela who had been jailed for 27 years during the apartheid regime, also shook hands in Oslo as they jointly received the 1994 Nobel-Peace-Prize.

On the night of January 6 to 7, 2021, Ghanaians beheld the unbelievable spectacle of MPs rampaging in Parliament in a manner which was variously described as “unruly, shameful, disgraceful” etc. After their apology, Ghanaians thought that was the end of such misbehaviour.

Unfortunately, events in the chamber of Parliament following the reading of the 2022 Budget Statement in late-November, into early-December 2021 have proved our optimism wrong.

If antagonists such as Yitzak Rabin and Yasser Arafat could jointly win the 1993 Nobel Prize and a year later, de Klerk and Mandela win the 1994 Nobel-Peace-Prize for building bridges, why are Ghanaians subjected to such constant indignity of seeing our MPs misbehave so confidently in the Chamber?

While the Pope and UN Secretary-General have spoken against the developed world, it is the responsibility of African leaders to lead us to be the modern C21st independent republics we are supposed to be!

It is a fact of life that, even if human beings do not show it, they operate in accordance with the Law of Physics which states “action and reaction are equal and opposite.”

Human beings give as much respect to others as they are given, irrespective of status. Ghanaians are certainly no different.

We reciprocate in equal measure the respect leaders show us, and show each other, whatever their differences.

The tragedy of the Kenyan accident which claimed 24 lives must remind us of the transience of life, and the importance of building bridges both figuratively and literally.

A distraught Kenyan lady Mercy Mueni stated: “The absence of this bridge has been a menace for as long as I remember. Shame on Ukamhini leaders who have campaigned promising to fix this bridge and done nothing! Joe Mutanbu, David Musila, Kalonzo Musyoka, shame on all of you!”

Do Ghanaian MPs want to be remembered this way?

Remember, as Ralph Waldo Emerson said, “What you are, shouts so loudly into my ears, I cannot hear what you say about yourself.”

Our leaders must build bridges for Ghana’s development, and not burn bridges, as that takes us nowhere. The younger generation is watching!
Leadership, lead! Fellow Ghanaians, wake up!