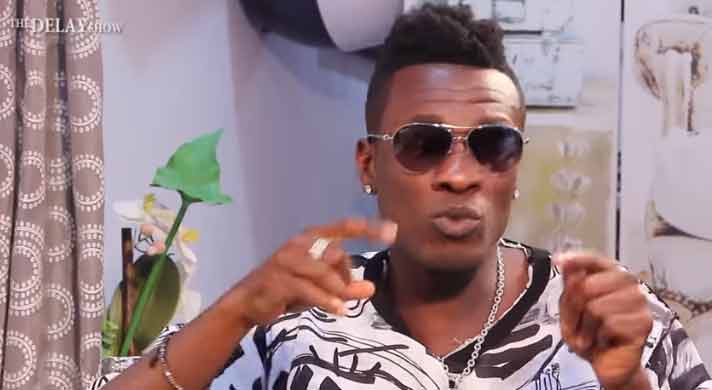 Castro was destined to die on that trip – Asamoah Gyan
30.5k Shares

Black Stars captain Asamoah Gyan thinks events that surrounded the disappearance of his hiplife artiste friend, Theophilus Tagoe a.k.a. Castro, portrayed that what happened on that fateful Sunday in July 2014 was his friend's destiny and here is why he thinks so.

In a television interview on the Delay Show, three years after the incident, Gyan said he later got the inclination it was destined to happen because Castro was initially not part of the trip, besides all events which surrounded his departure pointed to that direction.

Gyan took his friends [G-Unit] on holiday in Ada, during which Castro said to have been involved in a jet ski accident with a lady friend, Janet Bandu, went missing.

They are yet to be found.

There was controversy over the incident as some accused Gyan of using his friend for rituals.

Others even suggest, if Castro had not followed Asamoah Gyan, he would have been alive.

Recounting how events unfolded to the host of the show, Deloris Frimpong Manso, Gyan said it was a normal ‘ritual’ for them [G-Unit – Asamoah Gyan and friends] to go for holidays around that time of the year - June July.

First Castro called him a week before he [Gyan] arrived in Ghana and told him he could not make the trip that year.

Castro reportedly said he may not be able to go since a friend of his from London was bereaved, and he had to attend the funeral in Kumasi. The friend’s dad had passed on.

A day before we went to Ada, he [Castro] came to my house and said he was on his way to Kumasi with the friend from London and would not join us.

That particular year, the yacht at Akosombo was broken down so they decided to go to Ada.

Before going to Ada, they called to find out if they could get a bigger yacht because, they had a large entourage since the friends always organised to bring their lady friends along, so as to make the party “fine” [fun], so they were told they could get two yachts at Ada.

But whilst we were on our way to Ada, on the Accra-Tema motorway, we received a phone call that “Under” [Castro] wanted us to wait for him.

We parked at a fuel filling station where a crowd gathered to catch a glimpse of me.

The filling station got packed with people who wanted to see me whilst we waited for Castro and I know some of the people who came there that day, can attest to this, because we had earlier parted ways with him [Castro] and we thought he was on his way to the funeral in Kumasi.

I later got the inclination it was destined to happen because he was initially not part of the trip.

When we got to Ada, everything went fine. We were to spend three days, we started using the jet ski on the morning of the second day [Saturday], and Castro was in the hotel room at that time, resting.

I had used the jet ski at other places before but it was the first time for all the other friends and so we were made to ride with experienced riders from the hiring company, Castro was not around.

Because of my experience, I sped off and whilst unknowingly heading towards the estuary I panicked, hesitated for a moment and slowed down, my lifeguard who was behind asked me to move ahead but I told him I was scared and I could die if I go ahead, and so I did a u-turn and beckoned all other friends to turn around.

We went and parked the jet skis even though our hiring time was not up.

It was when we parked that Castro came to join. When he learnt we had used the jet ski, he wanted to also go for a ride but we stopped him, my bodyguard prevented him from doing so. All this happened on the morning of the Saturday.

We were told Aqua Safari had earlier been booked and so we moved to the next place which was three minutes away by boat. The managers of Aqua Safari wanted to reserve one room for me but I insisted I wanted to move with my friends.

In the evening at the new hotel, we played a ‘live band’ and strangely Castro went on his knees and emotionally sang gospel songs, he had never done that with me whilst singing, even though we played the live band many times. After the performance, I asked him why he was too ‘spiritual’ that night and he laughed.

Our plan the next morning was to move back to Aqua Safari, use the jet ski and then play volleyball. I issued a stern warning that no one was to go near the estuary, Castro was not there when I issued the warning.

Castro was the last to join the boat back to Aqua Safari as we nearly left him behind for the second time but we remembered he was still inside the hotel room and we waited him.

When we arrived at Aqua Safari, our female friends gathered under one ‘summer hut’, my brother Baffour Gyan and some other guys who said they were scared to use the jet ski also gathered under another ‘summer hut’ and were having drinks.

Whilst cruising on the lake with the jet ski, my brother Baffour Gyan was watching us and when he saw Janet Bandu, whom I was seeing for the first time tried to hop unto the jet ski with Castro, he stopped her, and issued a warning to others not to join.

After some time, I said it was time for the volleyball so I went to park and others followed, Castro was the last man on the lake and instead of coming to park, he sped off and when he returned, he headed towards the hotel direction and that was the last time I saw him, Gyan said.

But according to my brother, Baffour Gyan, he saw Castro stop at the bank, and Janet Bandu rushed to join him without a lifejacket. He said because they knew Baffour Gyan was going to stop them, they hurriedly sped off without Janet picking a lifejacket and even though Baffour shouted at them to return for a jacket, they were not bothered, sped off and headed towards the estuary side and that was the last time we all saw him [Castro].

We went to play the volley ball at the other hotel and later went to pick the female friends to come cheer us up, Baffour Gyan did not join them.

Later I saw Baffour coming towards us and in a very angry mood, shouted that Castro had disrespected him and he was going to discipline him when he returned.

I had to intervene and explain to Baffour to calm down. We continued to play the volley and after some time, the guys who hired out the jet ski came around and interrupted the game and said our time was up but one of the machines was not back.

We then remembered Castro had not returned and when we checked, his shoes were still around so we told them we were going to pay for the extra time.

We continued the game and after sometime the owner of the jet ski, himself, a whiteman came around and I was still not worried then. Samuel Anim Addo, my manager joined them to go search for Castro and after about some 20 minutes they returned without Castro and Anim Addo’s facial expression portrayed desperation but I thought it was one of Castro’s usual attitude of going AWOL [absent without leave] and will surface the following day.

The numbers in the search party increased and they returned 10 minutes afterwards with the jet ski Castro used.

It was when the guy who found the machine told me that where he found it was a point of no return, and that a white man went missing in that same spot 19 years ago and was never found.

That was when I started weeping as Baffour Gyan was already crying and reiterated he warned him.

Asamoah Gyan: I am not a good father; my family gets 50 per cent of my time

I get emotional when I hear Castro's songs - Asamoah Gyan

Sarah Kwabla's episode has not change me; I still welcome girls who link up on social media