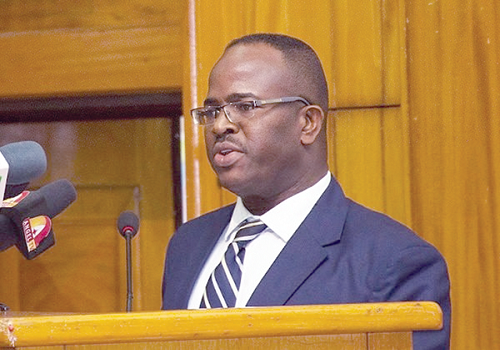 The Chief Executive Officer of the Ghana Chamber of Mines, Mr Sulemanu Koney, has appealed to the government to scrap all taxes and levies imposed on mining exploration in the country.

He said VAT and other levies imposed on exploration was a disincentive to investments in exploration in the country.

Speaking in an interview with the media after an engagement with members of the Journalists for Business Advocacy (JBA), he said exploration was the lifeblood and what guarantees the sustainability of the mining industry.

He said the government must, therefore, provide the fertile and conducive environment for  companies to use 100 per cent of their earmarked investments in exploration rather than paying taxes and various levies even before they broke ground.

“We continue to advocate and engage with stakeholders for this to happen and our expectation is that in the not-too-distant future, policy makers will hear our cry and put in place appropriate policies to allow exploration companies to operate competitively in the country.

“We have been speaking about VAT on exploration for some time now and it is our hope that, the government will listen,” he stated.

Mr Koney pointed out that exploration in the mining industry was very expensive and yet quite uncertain that the investor would make any commercial find.

“But yet, we have a fiscal regime which requires companies to make some payments even before digging the ground and that is the challenge that we have.

When companies outsource drilling services, it comes with a VAT, when they outsource assaying services, they also pay VAT on it and we believe this is not too good for exploration,” he explained.

He said this fiscal regime subtracted from the competitiveness of Ghana as an investment destination for exploration, and, therefore, asked the government to excuse the exploration companies from the payment of these taxes and levies on exploration spent.

“There is no guarantee at all that you will make a commercial find and, therefore, it is not helpful for these investments to be taxed even before they go into the actual work of digging. Once they do the exploration, whatever data and information they get, they pass it on to the state which helps to build the mineral data base of the country.

“So it is better for us to encourage a lot more investment in this area so that when they make the commercial find, then we can all share the benefits of exploration, rather than aiming to benefit from the exploration investment even from the initial stages,” he explained.

The CEO noted that although   COVID-19 affected the mining industry, the impact was not adverse as seen in other sectors of the economy.

He said this was because the country regarded the industry as one of the critical sectors and, therefore, allowed them to run during the lockdown and imposition of restrictions.

He said what, however, affected the industry was the inability to import certain inputs due to the closure of the borders and airports.

“Mining support services were not considered as essential services and this created a little gap. It got to a point where companies had to share various inputs because of the close relationship between the various mining firms.

“We had some issues with getting some expatriates to come in due to the border closures as well, but in all, the impact was not that adverse,” he stated.

Mr Koney also pointed out that the country was doing extremely well with regard to local content in the mining industry.

He said local content was one thing that the Chamber had been vigorously pushing in the last years.

He said this was to help boost the capacity of the local manufacturers, not only in terms of production, but standards and quality.

“We expect to implement the second phase of this project soon and hopefully in the next few weeks, we should be able to take a decision on how to fund this phase.

“We want to make sure that the local manufacturers have the capacity and not just production capacity but standards and the quality, such that when they supply to the mines, it will not result in down times,” he stated.