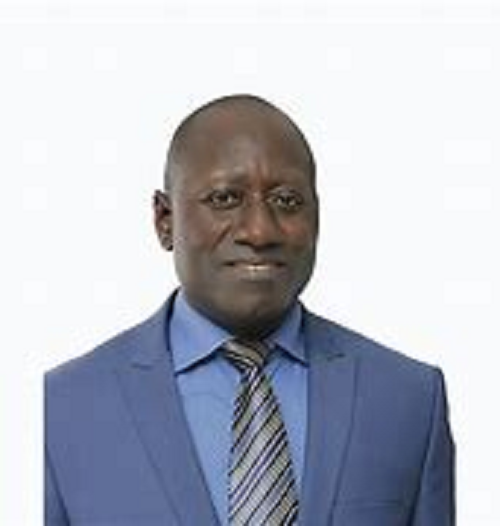 With effect from today, importers of vehicles and other items will pay a minimum of 30 per cent more on duties for the items they clear at the Tema and the Takoradi ports.

It follows the scrapping of the discount policy on imports that reduced the values placed on imports for the purposes of charging duties by 30 per cent for vehicles and 50 per cent for other items.

A letter from the Commissioner of Customs at the Ghana Revenue Authority (GRA), Colonel Kwadwo Damoah (Retd), said the policy reversal should take effect from January 4 after which no item would be made to enjoy a discount.

“For the avoidance of any doubt, the values to be used or applied in the assessment of duties shall be full (100 per cent) and devoid of any reduction in values (30 per cent for vehicles and 50 per cent for all other goods). Thus, the status quo ante April 4, 2019 shall be restored in respect of the selected items with effect from January 4, 2022,” the letter that was copied to the Sector Commanders of Customs and the Ministers of Finance and Trade and Industry said.

The letter was titled: ‘Guidelines for the implementation of government’s policy directive on removal of reduction of values of imports on selected items’ and issued on December 30, last year.

Col (Retd) Damoah stated in the letter that the Economic Management Team (EMT) of the government had given approval for the discount to be reversed from January 4.

Experts say the reversal could lead to price increases in the short term but augment efforts to industrialise the economy.

The discount on benchmark values was introduced in April 2019 in an effort to make the country’s twin ports competitive, drive up imports and increase government revenue through import duties, but after three years of implementation, trade volumes have barely increased, with import duties suffering annual declines.

While the Ghana Union of Traders (GUTA) have largely applauded the government for the policy, branding it as a stabiliser on final prices, the Association of Ghana Industries (AGI) have called for its reversal in line with the national push for industrialisation.

An earlier attempt to reverse the policy from November 15 was postponed at the last minute.

Two sources at the Ministry of Finance and the GRA told the Graphic Business that the government was committed to implementing the reversal after negotiations with relevant stakeholders.

Col (Retd) Damoah said in the December 30 letter that a memo from the Economic Management Team (EMT) had given approval for the Customs Division of the GRA to “proceed with the reversal of the benchmark values with effect from January 4, 2022.”

Consequently, he said, the home delivery value (HDV) of vehicles should no longer be discounted by 30 per cent. Instead, he said the full HDV should be used for the computation.

On goods on which benchmark values were applied, the Commissioner of Customs said the benchmark value “shall be applied in full without any reduction of value by 50 per cent.”

“Where any evidence of value is produced and the evidence shows a higher value than the benchmark value, the full amount of the evidential value shall be applied without any reduction of value 50 per cent,” he said.

He stated that the cargo tracking note (CTN) values were no longer applicable, adding that the full benchmark values must be applied on goods that fell under that category.

He then advised the Sector Commanders to thoroughly read and properly understand the guidelines to prevent any possible losses of revenue, noting that the guidelines were for strict compliance with effect from January 4, 2022.

In separate interviews, the Presidents of AGI and GUTA, Dr Humphrey Ayim-Darke, and Dr Joseph Obeng, expressed varied views on the impact of the policy on the economy.

Dr Ayim-Darke said it was a win for the country and the push for industrialisation, given that it would make manufacturers competitive.

He said concerns over price increases should be viewed as short term effects that would abate with time.

For his part, the GUTA President said the policy reversal was bad for importers and consumers.

He also described the timing of the exercise as wrong, citing the freshness of the year and the persistence of the COVID-19 pandemic and the emergence of its fourth wave.

“The discount on benchmark values is the last straw we were holding on to. If it is reversed, it means that the duty payment is going to double and that will make life unbearable for both the importer and the consumer,” Dr Obeng.

He thus called for its postponement to allow for increased negotiation on how to mitigate the impact on the citizens.