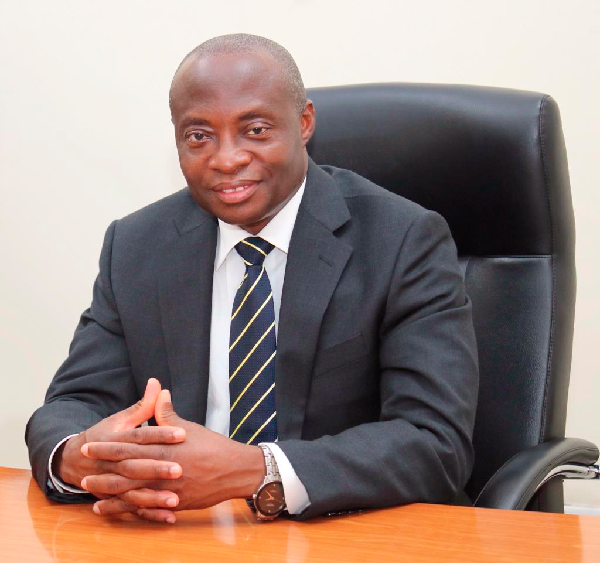 A statement from the bank said the appointment of the Deputy MD as MD took effect from January 1, 2022 and would last for four years.

It added that the appointment followed a recommendation from the Board of Directors after a competitive and thorough interview and a no-objection letter issued by the Bank of Ghana (BoG).

The MD role of the Apex Bank, a mini central bank of the 145 rural and community banks (RCBs) in the country, became vacant in July 2021 upon the retirement of the former MD, Mr Kojo Mattah. Mr Mattah served a four-year tenure and attained the statutory retirement age of 60 years in July 2021.

Mr Awuah is expected to bring his 25 years of experience to bear in repositioning the RCBs sub-sector of the country.

His appointment also comes at a time when the 145 RCBs, currently operating from more than 800 branches and agencies across the country, are expected to implement a new corporate governance directive issued by the BoG from the first quarter of 2022.

Mr Awuah was the Deputy MD from June 2015 and also acted as MD of the bank prior to his appointment.

It described him as an astute banker who began his banking career in 1996 at the defunct Rural Finance Inspection Department of the BoG and later moved to the Banking Supervision Department as an Examiner until March 2005 when he joined the Agricultural Development Bank (ADB).

It said he worked in various capacities at ADB; first as an Auditor in the Internal Audit and Assurance Department, a Manager in the Research and Planning Department and the Strategic Policy Coordinating Unit.

"He headed the Budgets, Planning and Strategy Unit at the Finance and Planning Department of the bank before moving to ARB Apex Bank Plc in November 2013 as the Head of the Internal Control Department. In that capacity, he was responsible for the audit of departments and branches of the bank."

"He was also in charge of the inspection of the RCBs in Ghana as a complementary service to the regulatory role of the BOG," the statement said.

The statement said “Mr Awuah holds an Executive Master of Business Administration (Finance option) and a Bachelor of Science in Administration (Banking and Finance option) from the University of Ghana Business School. He has also passed the Association of Chartered Certified Accountants, UK examinations, up to the professional level.”

It said he was a Fellow of the Chartered Institute of Bankers, Ghana, and served on the Executive Committee Member of the institute, having previously served as a Council Member.