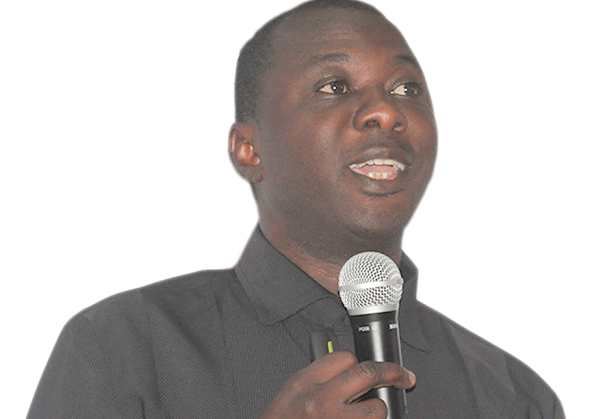 Dr Mohamed Amin Adam, the Executive Director of Africa Centre for Energy Policy, giving an overview of the report after the launch in Accra. Picture: GABRIEL AHIABOR Follow @Graphicgh

The Africa Centre for Energy Policy (ACEP) has called on African governments to immediately take steps to tighten regulations to stop commodity traders from trading the health of hardworking citizens for profit.

It also urged oil traders to respect the right of African citizens to good health and deliver quality fuel which they deliver to the European Market.

Launching a report titled "Dirty Diesel" in Accra, the Executive Director of ACEP, Dr Mohammed Amin Adam, said the three-year researched document highlighted how consumer health was been short-changed for the profit of companies that supply fuel to Africa.

Published by its partners, Public EYE, the report highlights how Swiss commodity trading firms exploit lax regulatory standards to sell to African consumers fuel with high sulfur content. Produced by the trading firms themselves, these types of fuel have long been banned in Europe.

He said Kenya’s example of limiting Sulphur content to 50ppm is worth emulating by the rest of the continent and added that “it is, therefore, a collective duty on all—government, regulators, civil society, the media and the relevant stakeholders to be part of the advocacy to reduce pollution and its attendant health risks.”

“The ACEP recognises the important role oil traders play in the economies of African nations, which must certainly come with some reward. However, there is also the responsibility on the traders to be ethical and just to assess negative impact of their business. Making profit is good but profit must also be made with the moral cap on,” he said.

The "Dirty Diesel" study highlights for the first time the pivotal role played by Swiss commodity trading companies in Africa's fuel industry and reveals the scandalous business model behind a supply chain completely controlled by these companies in their multiple roles as producers, suppliers, and in some regions, operators of gas station networks.

The 160-page report also showed that the trading companies do not only ship dirty diesel and dirty gasoline, and in some areas even sell it at their own pumps but also produce both fuels themselves.

Findings from the research indicated that diesel with high sulphur content contributes significantly to the rapidly rising air pollution in African cities and jeopardise the health of millions of people.

In a petition addressed to Trafigura, Public Eye and its West African partners called on the Geneva-based commodities giant to sell fuel that meets European standards in all of its operations around the world.

“The result was shocking; as the analysis revealed, the diesel samples contained up to 378 times more sulfur than is permitted in Europe. Furthermore, other toxic substances, such as benzene and polycyclic aromatic hydrocarbons, were also found in concentrations that are also banned in Europe,” the report stated.

The report also explained that either on land or at sea, these companies mix up a petrochemical cocktail from refinery products and other components known in the industry as "African Quality". These toxic fuels are mainly mixed in the ARA-Zone (Amsterdam-Rotterdam-Antwerp) where Swiss trading firms have their own refineries and storage facilities. Many West African countries that export high grade crude oil to Europe receive toxic low quality fuel in return.

Public Eye and its West African partner organisations, including ACEP, will be shipping a container full of toxic air from Accra, the capital of Ghana, back to Geneva by the end of September.

Dubbed the symbolic “Return to Sender”-campaign, the NGOs are inviting the Swiss company, Trafigura, to put its money where its mouth is and stop selling fuel that does not meet European standards anywhere in the world.

“Shipping the empty containers symbolises that we are sending the polluted air back to Geneva. These containers will be leaving Ghana at the end of the month,” Dr Amin Adam said at the launch.