A better way to protect the world from the next pandemic 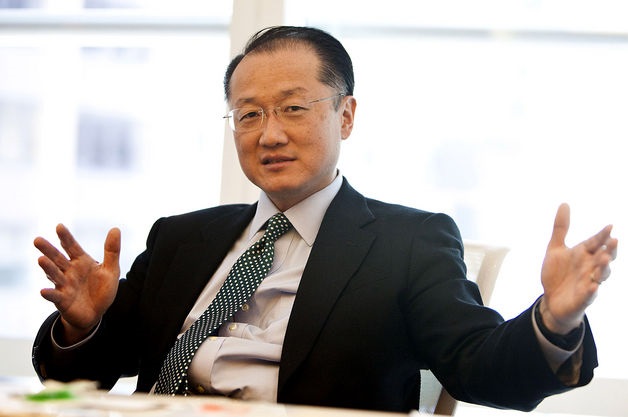 The growing concern over the Zika virus highlights a frightening reality. The world remains ill-prepared for a fast-moving virus.

Over the past decade, Ebola, avian flu, swine flu and other pandemics have shown how vulnerable the world can be when major outbreaks start in a developing country with a weak health system.

But too little investment in pandemic preparedness at the local, national and global levels leave all of us, no matter where we live, vulnerable to the spread of a deadly pandemic. Pandemics are a global security threat, and they demand a truly global response.

This, in fact, is about to happen. The world will now be able to automatically send money, medical teams and lifesaving supplies to any of the 77 poorest countries to prevent a major outbreak from spreading and escalating.

The newly created Pandemic Emergency Financing Facility will leverage money from wealthy countries, capital markets and the reinsurance industry, and use those funds if needed to mount a rapid early response to shut down an outbreak with pandemic potential - and at a fraction of the cost of delayed action.

This facility, which will be up and running later this year, will disburse money quickly through two routes.

First, it will open up an entirely new insurance market: pandemic risk insurance. Low income countries will be covered against certain types of viruses expected to cause the majority of severe outbreaks, including Ebola.

Once an outbreak meets predetermined criteria based on size, severity and speed, money will flow to the afflicted countries and international responders. Much like with other types of insurance, a small amount of money paid up front will provide countries with a much larger amount of support when it's most needed.

Second, in the event of emerging or more unpredictable types of outbreaks for which extensive data is not yet available, such as Zika, the facility can use cash to trigger a faster response.

Either way, this means we no longer will rely on inevitably sluggish - and lethally unpredictable - political deliberations or pass-the-hat fundraising appeals, which usually come too little, too late.

If this facility had existed in 2014 during the Ebola outbreak in West Africa, we could have mobilized $100 million as early as July that year to accelerate the response.

Instead, that level of funding did not begin to flow until three months later - during which Ebola cases increased tenfold - and eventually cost $10 billion and counting to U.S. and other taxpayers for emergency response, recovery efforts and economic losses to the affected countries.

In addition to filling a critical financing gap, the Pandemic Emergency Financing Facility will serve as a cornerstone in building a better global system to reduce future pandemic risks.

The facility will complement the World Health Organization's new enhanced early-response efforts. It will require countries to develop strong response plans, and in so doing we hope it will also encourage greater global and national investments in preparedness - including in more resilient national health systems and regional surveillance and detection networks.

It will move us away from the much more costly and inefficient crisis-to-crisis management of pandemics toward a smarter, faster, better-coordinated and more effective response when needed.

There is a high probability that the world will experience a severe outbreak in the next 10 to 15 years. Recent economic analysis suggests that the annualized global cost of a moderately severe to severe pandemic is roughly $570 billion, or 0.7 percent of global income - with overall cost estimates of a single large pandemic as high as 5 percent of global gross domestic product, or $4 trillion.

The world has well-developed global systems to respond quickly to other security risks, ranging from disasters to economic contagion. Yet pandemics - the ultimate contagion - have been one of the greatest unmanaged and uninsured global risks in the world. Until now.

We can't change the speed of a hurricane or the magnitude of an earthquake, but we can change the trajectory of an outbreak. By having a global system at the ready to get money to the right place at the right time, we have the potential to save thousands - even millions - of lives and protect the global economy from trillions of dollars in losses.