Woyome: NPP govt has little to show for sports 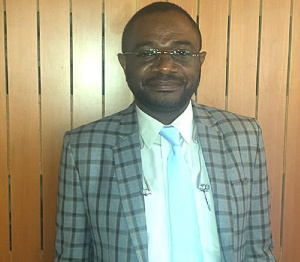 The Ranking Member of the Parliamentary Select Committee on Youth, Sports and Culture, Kobla Mensah Wisdom Woyome, says very little has been achieved in sports over the last four years of the NPP government, and believes that the next NDC government will turn around Ghana sports for accelerated growth.

He told the Graphic Sports that the government’s performance in the sector was below expectation since it had not fulfilled its manifesto promises, and therefore had little to show for the development of sports.

“When you look at how this administration has abandoned athletes and made little investment in sports, it makes one wonder if they are in to kill sports,” he said.

The NDC Member of Parliament for the South Tongu Constituency lashed at the government for what he termed broken promises and its refusal to build on gains made by its predecessor.

“We put in a lot of infrastructure, even those for the disable and amputees, we drafted the sports Legislative Instrument (LI 934) to become a Sports Act in 2016, so the government should have just carried on from where we left off. However, it has been a disaster so far,” he said in an interview last Friday.

Mr Woyome insisted that the next NDC administration would develop the Winneba Sports College into a university and construct sports centres and facilities nationwide, as contained in the party’s manifesto which was launched in Accra last week.

“Sports is a business and the incoming NDC administration will create a conducive and a congenial atmosphere to make sports attractive and lucrative for private investors to invest in it,” he promised.

For the MP, former President John Mahama’s manifesto on sports was the most elaborate policy document in recent history and said it held the promise to a revolution  in sports in the country.

Mr Woyome explained that the Sports Development Fund his party had promised to set up would help turn around the fortunes of Ghana sports by providing the needed financing for infrastructural projects and also help develop the least financed sporting disciplines.