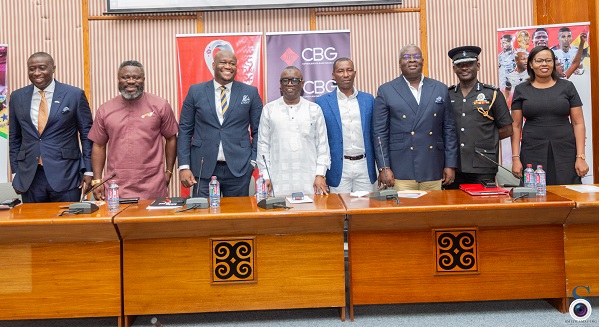 Ghanaian soccer fans have been advised to be law-abiding and disciplined when they travel to watch the 2022 FIFA World Cup in Qatar.

The Deputy Director of State Protocol at the Office of the President, Philip Kofi Aning, who gave the caution, said Qatar had a lot of restrictions which Ghanaian fans must respect in order to enjoy an incident-free tournament.

"We pray that as we go to Qatar, we will go and comport ourselves as supporters and I know the playing body is already disciplined," Mr Aning said yesterday at the media launch of the Kenpong Travel and Tours World Cup Packages.

"Qatar has a lot of restrictions, so as we go there, we must go and comport ourselves and abide by their rules so that we don't have anybody going in and going to stay for seven years before coming back home to Ghana".

The caution came against the backdrop that the World Cup hosts had zero-tolerance laws against sexual relations outside marriage, narcotic drug-related offences and public consumption of alcohol, with offenders facing heavy fines, deportation, or lengthy custodial sentences.

Mr Aning, who doubles as a member of the Kenpong Travel and Tours World Cup Packages Committee, also warned against the practice of some fans using frivolous reasons to apply for asylum during major tournaments.

He said when Ghana first qualified for the FIFA World Cup in 2006, some fans used frivolous reasons to ask for asylum.

"This time around, let us be good and proper law-abiding citizens of Ghana. There is no problem in Ghana, so I don't see why you will go there and say you want to seek asylum in Qatar," he said.

Other members of the committee are the Chief Executive Officer of the Kenpong Group of Companies, Mr Kennedy Agyapong, Mr Karl Tufuoh, Mr Kwadwo Baah Agyemang and the Member of Parliament for Okaikwei Central, Patrick Yaw Boamah.

The Commissioner of Police (COP), George Alex Mensah, also disclosed that the Qataris had made a police report from all foreign spectators a requirement for the tournament.

He said although Qatar had a very low crime rate, the Ghana Police Service had also put in place other security arrangements to ensure the safety of all Ghanaian spectators and members of the senior national football team.

"There will be police officers attached to wherever the supporters and players will be; they will work with the Qatari Police to ensure that everyone will be safe and come back home safely," COP Mensah said.

The tournament will take place between November 21 and December 18, with Ghana's first game scheduled for November 24 against Portugal at the Stadium 974 in Doha.