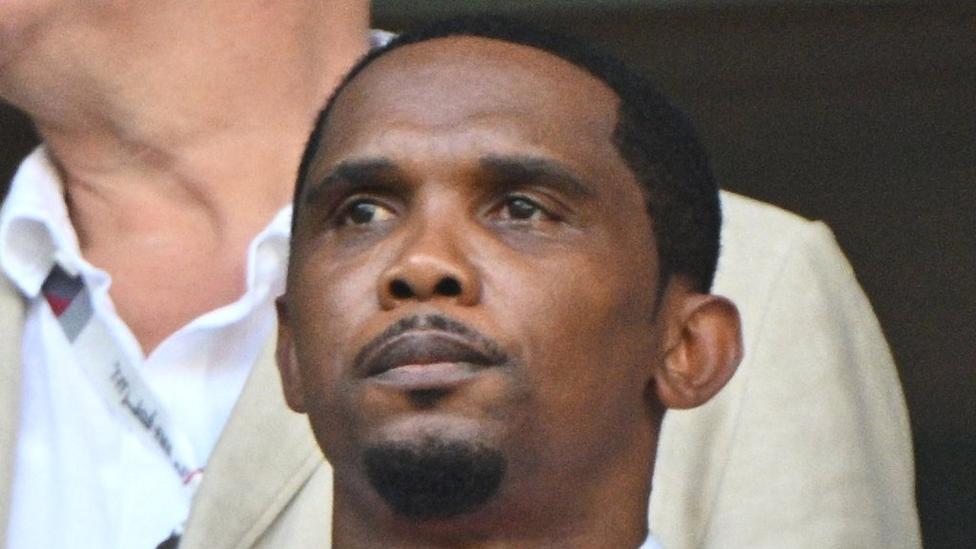 Cameroon is hosting the U-17 Afcon qualifiers and the president of the country's football federation, Samuel Eto'o, has vowed to clamp down on age fraud
30.5k Shares

Democratic Republic of Congo have been forced to pull out of a regional qualifying tournament for the 2023 Under-17 Africa Cup of Nations after 25 out of 40 players failed mandatory age testing.

After a race against time, BBC Sport Africa understands Cameroon has found 30 replacement players who have all passed Magnetic Resonance Imaging (MRI) tests in Douala.

But as the Indomitable Lions' opening fixture in Limbe was supposed to be against DR Congo, they will not now be able to kick off the tournament on 12 January as scheduled.

A statement by the Congolese football federation (Fecofa) said it was forced to withdraw after "only 15 were eligible and 25 failed of the 40 players submitted for MRI testing."

However, of the 15 players who passed the age test, the statement also revealed "only five managed to complete the necessary administrative formalities" that would have allowed them to travel to Cameroon.

Two teams will progress to April's Under-17 Nations Cup finals in Algeria.

"It's an organisational nightmare because we have to quickly come up with a new format that will involve four nations instead of the original five," a UNIFFAC official told BBC Sport Africa.

"We are happy that after the MRI scans, all four nations now have a team."

The Confederation of African Football (Caf), which enforces the MRI age scans, has been contacted for comment.

The fight against age cheats

Many of Africa's international successes in junior tournaments have been clouded by allegations of the use of overage players.

Fifa banned Nigeria from all international fixtures for two years after finding that the birth dates of three of their players in the 1988 Olympics were different from those used by the same players in previous tournaments.

In 2003, Kenya's Under-17 team was dissolved by the government after some players admitted to age fraud.

Seven months ago, Ghana were banned from the next two editions of qualifying for the Women's U-17 World Cup and fined $100,000 after being found guilty.

Djibouti, Sudan, Somalia and Congo-Brazzaville have all also suffered disqualifications from major tournaments whilst Ivory Coast, Liberia, Guinea, Benin, Sierra Leone and Uganda have all been notable offenders.

Cameroon legend Eto'o promised to take action to combat the long-running problem when he was elected Fecafoot president in December 2021.