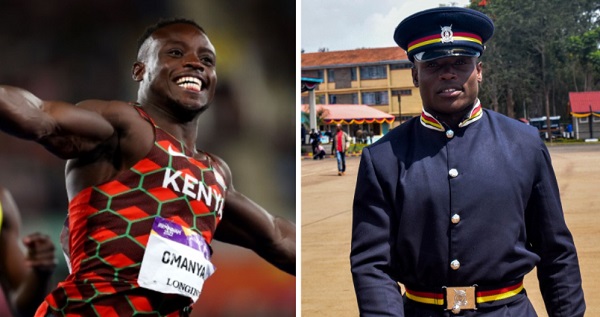 He was among 2,881 constables who graduated on Tuesday from the National Police College in an event presided over by President William Ruto.

The recruits finished the basic police training course among other courses on human rights, community policing, public order management, skills at arms, and countering violent extremism, according to the National Police Service.

He joins other top Kenyan athletes who are members of the police force.

The athlete has confirmed his new status in a tweet:

Omanyala set the African 100m record of 9.77 seconds in September 2021. He became African champion in June 2022 becoming the second Kenyan to become continental champion over the distance.