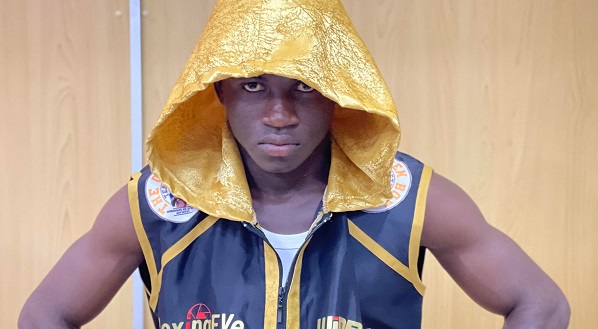 National flyweight champion, Mohammed Aryeetey, has set his sights on a new date to face Tanzania's Msabaha Salum Msabaha following the postponement of their flyweight contest in Dubai.

However, the promoters decided to indefinitely postpone the fight in solidarity with the death of the UAE President, Sheikh Khalifa bin Zayed al-Nahyan.

Reacting to the postponement, the youngster told the Graphic Sports that he was ready to train harder in wait for a new date for the bout from the promoters.

Aryeetey believed he would be ready to face any opponent in the division should his fight with Msabaha fall through.

“I am not disappointed at the postponement because we have to honour the memory of the late UAE President.

“We are waiting for a new date to prepare for the bout but I am focused on training harder ahead of the announcement of the new date,” he said.

The undefeated Aryeetey will be making a return into the ring after knocking out Albert Commey in March. He made his pro debut two years ago.

Meanwhile, Aryeetey's opponent, Msabaha, has been inactive in a year since earning a unanimous decision victory over Bato Tweve in May last year.