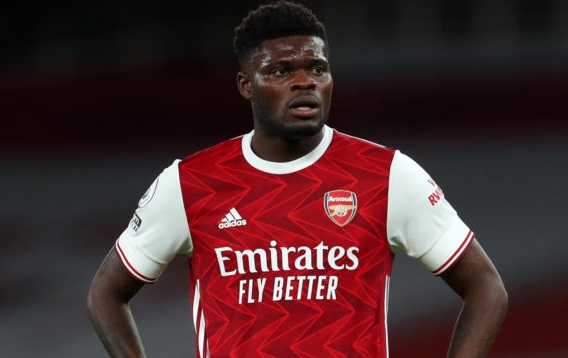 Thomas Partey will be staying with Arsenal during the international break after picking up a thigh injury during his side's defeat by Aston Villa last Sunday night.

The £45million signing from Atletico Madrid was subbed off at the interval after sustaining what is thought to be thigh injury following his early chance against Emiliano Martinez.

And he won't be linking up with Ghana for their Africa Cup of Nations (AFCON) qualifiers  against Sudan over the next week as he awaits the results of a scan.

Partey will continue to receive treatment to ensure he returns to fitness as soon as possible.

Arsenal manager Mikel Arteta was asked for an update on the defensive midfielder after the Villa match, which his side lost 3-0.

“We don't know [the extent] of it,” the Spaniard said. “We have to scan him tomorrow or the day after and see what he felt straight away. Let's wait and see what the magnitude of the injury is.

“I don't know [if he will go away with Ghana now]. As I said, the doctor will have to have a look at him and probably scan him. Then we will decide what to do with him.”

Partey had impressed during his first few games for the Gunners, shining in the wins at Rapid Vienna and Manchester United.