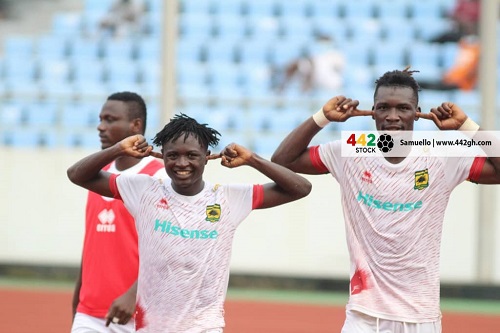 Kumasi Asante Kotoko moved to the top 4 of the league log after beating Ebusua Dwarfs 1-0 at the Cape Coast Stadium yesterday.

Christopher Nettey’s goal in the 70th minute was what gave the Porcupine Warriors all the maximum points in their outstanding league game.

Both sides could not break the deadlock in the first half but it was the visitors who showed glimpses of scoring in the 35th minute when Brazilian import, Fabio Gama’s header, missed the target narrowly.

Before recess Kotoko felt undone by the referee’s decision not to award them a penalty after Gama had be fouled in the box.

Angered by that decision, the host returned after recess ready for the maximum points as the fought hard to score.

The break through finally came in the 70th minute when the duo of Nettey and Patrick Asmah combined effectively to score the only goal of the game.

Asmah had located the full back in the box with a fine cross which Nettey expertly nodded home.

Kotoko managed to protect their solitary lead until the final whistle.