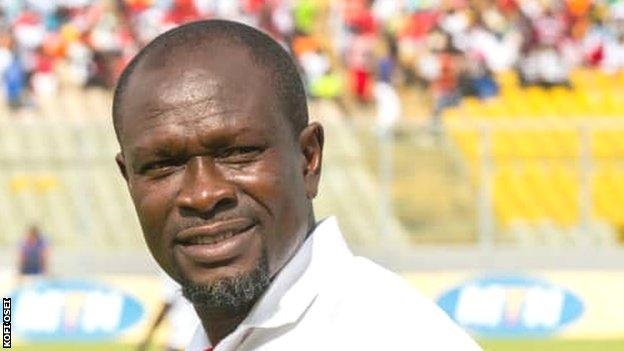 Christopher Nettey’s only goal in the 70th minute secured victory for the Porcupine Warriors to catapult them to the third position on the league log.

This season the Ghana coach has been visiting various league centres to monitor players ahead of their Africa Cup of Nations (AFCON) qualifier against South Africa and Sao Tome and Principe in March.

Due to the absence of football on the local scene last season, Coach Appiah could not invite any local player to the national team during their last qualifier against Sudan last November.

This time around the coach is willing to hand the local players an opportunity to be part of the national team.

It is for this reason why the coach has been consistent at the various league centres scouting for players for the national team.

This season players such as Gladson Awako of Olympics, Kwame Poku of Kumasi Asante Kotoko and Diawusie Taylor of Karela United have demonstrated their readiness to play for the Black Stars.