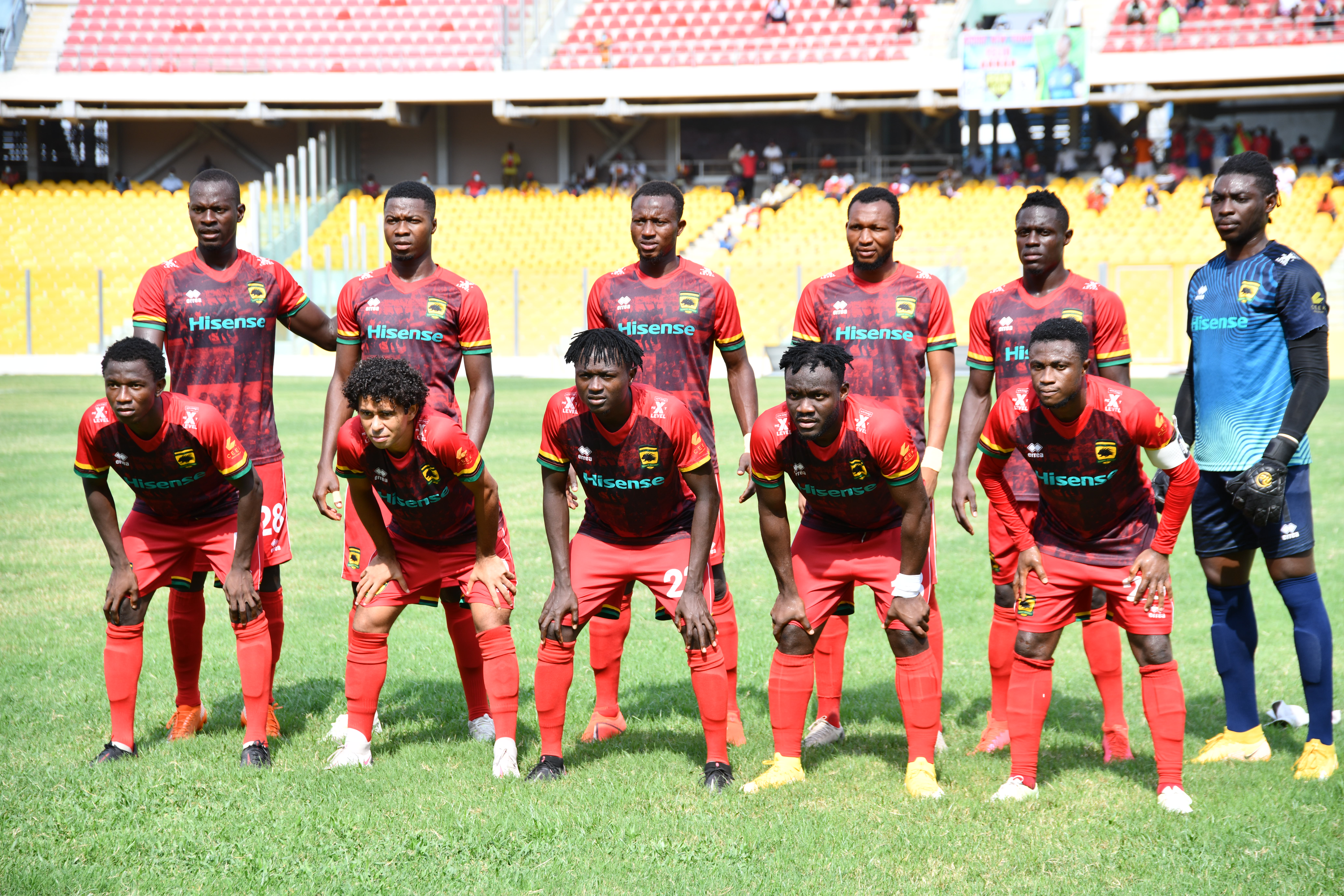 The desire of Kotoko to reach the group stage of the CAF Confederation Cup suffered a severe jolt when they lost 1-2 to Algeria side Entente Sportive Setifienne (ES Setif) at the Accra Sports Stadium  on Sunday February 14, 2021.

The home loss hit Kotoko’s fans so hard that they left the stadium wondering the club's fate in the return leg where Setif have home advantage and vital away goals.

Incidentally, it was Kotoko who opened the scoring in the 69th minute of the game and continued to search for more goals, a purposeful approach which gave the fans a hope of scoring late goals for a comfortable win as security against the uncertainties of away encounters.

However, Kotoko could not build on the momentum and allowed their opponents to hit back strongly as Amoura Mohoud cancelled the lead in the 74th minute and teammate Amed Kenducci scored the winning goal seven minutes later to give Kotoko an uphill task.

As if the gods of football were against them, not even a penalty awarded to Kotoko in the 85th minute could snatch a draw from the jaws of defeat as their forward Naby Keita Laye wasted what could have provided his side a lifeline in a match in which the Porcupine warriors played a good game but lacked the cutting edge to slice through the Setif defence.

It was the visiting side who carried the game to Kotoko after kick-off and came close to scoring in the second minute but Kotoko’s defenders managed to soak up the early pressure.

The Algerians continued to multiply in attack as Kenducci, Toure Marik and lead striker Debberi Abdeihak combined effectively as they tried to unlock the Kotoko defence.

Kotoko gradually warmed up into the game by the quarter hour mark as Kwame Opoku, Layea and Emmanuel Gyamfi started surging forward.

In one of their attacks in the 28th minute, Opoku came close to scoring when he pounced on Fabio Gama’s pass in the box but was impeded and he fell. However, his appeal for a penalty was ignored by the referee.

Kotoko had another scoring opportunity in the 32nd minute when Gama, a constant thorn in the flesh for the Algerians, put Laye through but the Guinean forward's powerful header was brilliantly saved by Safane Khadira in post for Setif.

The last five minutes of the first half brought out the best in Kotoko as they attacked from all angles in search for the opening goal but they messed up a number of opportunities and found the Setif goalkeeper unyielding in the posts as he pulled off some brilliant saves.

Kotoko resumed the second half with a lot of determination to score as they pinned the visitors to their own half but the Agerian defenders were up to the task. They continued piling relentless pressure until the 69th minute when Opoku managed to put the ball beyond the reach of Khadira.

A mastery display and inter positional changes of Gama, Emmanuel Gyamfi and Opoku saw the tall forward deep in the Setif goal area to connect a pass with a cool tap ball beyond the reach of goalkeeper Khadira.

Five minutes later, Setif came at par when substitute Amoura connected Ghacha Housain’s volley with a powerful header which hit the back of the net before Kotoko's goalkeeper Razak Abalora could react to the situation.

In the 80th minute, Setif went ahead when Kenducci finished off a combination with Housein for the second goal which stunned Kotoko and silenced their cheering supporters.

Kotoko reacted swiftly and earned a penalty a few minutes later when a Setif defender used his hand to stop Keita’s shot at goal. However, their hope of an equalising goal was dashed as Khadira tipped Laye's kick to corner.