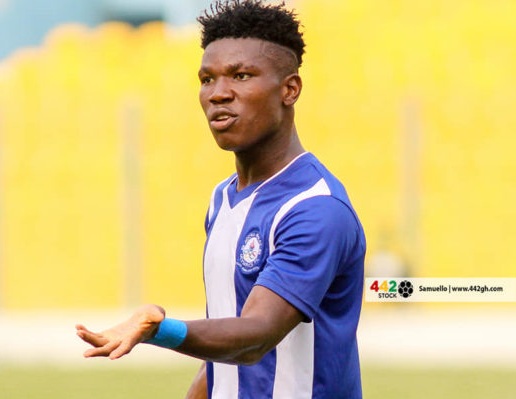 The lead striker of Great Olympics, Maxwell Quaye, has targeted 20 goals at the end of the ongoing Premier League season, having impressed in the campaign so far.

Quaye believes he can achieve his target if he can maintain his current form in the top flight.

In an interview with the Graphic Sports, an elated Quaye said he was working hard to ensure that he achieved his target at the end of the season.

“I am looking forward to score 20 goals by the end of the season. I believe if I can maintain my current form, I can achieve my target.

“It is going to be difficult but I am ready to continue working harder to ensure I finish the season on a high note.

The young striker was on target for the Wonder Club when they defeated arch rivals Hearts in Accra after combining effectively with his younger brother, Samuel Quaye.

The sensational forward, who has scored five goals in 11 games, has emerged as one of the best players in the high-flying Olympics squad which has beaten giants, Asante Kotoko and Hearts of Oak.

He is looking forward to helping his team to beat Elmina Sharks when they welcome them to the Accra Sports Stadium in a matchday 14 clash tomorrow.