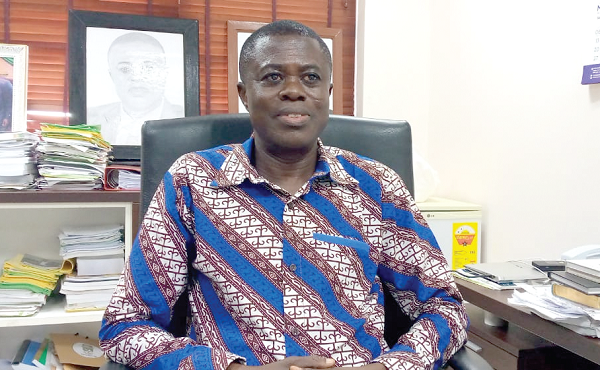 The National Democratic Congress (NDC) Member of Parliament (MP) for Sene West in the Bono East Region, Mr Kwame Twumasi Ampofo, has appealed to the government to provide adequate funding to the Community Water and Sanitation Agency ( CWSA) and the Ghana Water Company Limited for the provision of potable water in rural and urban communities.

He cited his constituency to buttress his point which he said experienced acute water shortages during the dry season of every year.

"The situation is so terrible during the dry season in some communities in my constituency where you would see residents competing with animals for water," he said.

Mr Ampofo made the appeal in an interview with the press at the Parliament House last Thursday.

He noted that when the two-state agencies were adequately resourced, they would be able to meet the demand for water supply in the country and resolve the rationing of water.

Touching on the need for adequate funding for the CWSA to provide potable water in rural communities, Mr Ampofo said the agency must be given the power to go in for loans to expand water systems in rural communities to ensure that each and every person had access to clean and safe water.

The MP for Sene, who had filed for a question on the floor of Parliament to know the measures being taken by the Ministry of Sanitation and Water Resources to address rationing of water in the country, said the sector minister, Mrs Cecilia Abena Dapaah, answered the question satisfactorily but called for more resources for the ministry to enable it address the water and sanitation issues of the country that also have health implication for the people.

Mrs Dapaah, in her response to the question, said the government was implementing a number of water projects across the country which were at various stages.

Mr Ampofo, during the interaction with the press, also bemoaned the attitude of some Ghanaians who were into illegal mining and sand winning that had affected water bodies in the country.

He called for the strict enforcement of the laws and the punishment of those who engaged in illegal mining and sand winning.

He noted that if urgent steps were not taken to address the galamsey and the sand winning menace that had destroyed some water bodies in the country, a time would come that Ghana would be importing water.