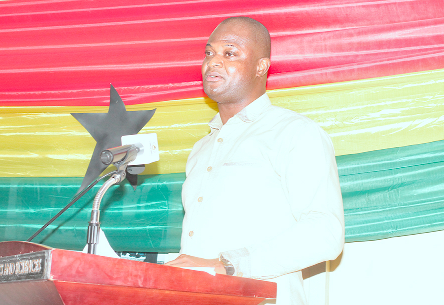 The Dean of the University Of Ghana School of Law, Professor Raymond Akongburo Atuguba, has reiterated the need for an amendement to the 1992 Constitution.

He said despite the fact that there were many operational aspects of the constitution that contained enough reasons to warrant a review, there had not been enough commitments by governments to trigger the amendment process.

He cited the winner-takes-all system of governance based on ultra-ethnicity and clannism; the suffocation of Parliament by Executive dominance; the constriction of spaces for real participatory citizenship and civic engagement; and political, bureaucratic and administrative irresponsiveness and tyranny as some of the operational areas that warranted a review of the constitution.

Prof. Atuguba made the call at a symposium organised by the Ghana Academy of Arts and Sciences (GAAS) held in Accra last Wednesday. It was on the topic, “Achievements and Enduring Legacy of the 1992 Constitution”.

He said the posture of successive governments to calls for the amendment of the 1992 Constitution was the only impediment to the review of the constitution.

“Deep down in our hearts, each of us knows that our constitution needs amending, even if the degree to which it should be amended is contested.

“However, political calculations and posturing are preventing a forward march with the constitution review exercise,” Prof. Atuguba said in his presentation.

Prof. Atuguba said the review process ought to be initiated by the Executive arm of government and not the Legislative arm.

He noted that Parliament did not have the power to start the processes for a review of the constitution adding: “Constitutionally, this is a wrong position to take because Article 76 of our constitution, mandates the Cabinet of the Republic, chaired by the President, to assist the President in the determination of the general policy of the government.

“Proposals for the review of our constitution are a matter of general policy and those proposals must emanate from the President assisted by his Cabinet and while we may not like the current arrangement, this is what is in place now constitutionally,” Prof. Atuguba added.

Again, Prof. Atuguba said the principles of separation of powers demanded that both the initiator and accessor of a constitutional amendment proposal be separate organs of government.

Additionally, he said the position of the President stands contrary to a 2015 Supreme Court decision in Steven Kweku Asare vs Attorney-General, “which stated that the President of the Republic has full powers to initiate a process of constitution review through the mechanism of a commission of enquiry.”