Join CPP if you believe in Nkrumahist ideas — Prof. Bobobee 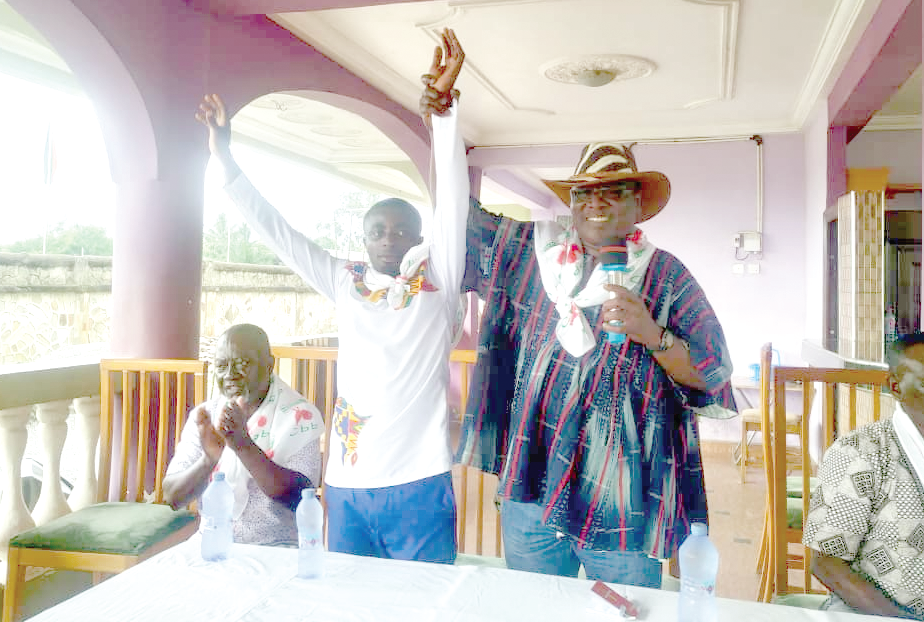 The vice presidential candidate of the Convention Peoples' Party (CPP), Prof. Emmanuel Bobobee, has urged political parties operating on Nkrumahist ideas to gravitate towards the CPP if they genuinely believe in its founder's theories.

He opined that the coming into being of a 'third force' in Ghana's body politic hinged on Nkrumahist parties joining forces with the CPP to manifest its founder's ideas.

Prof. Bobobee said this in an interaction with the Daily Graphic on the sidelines of a ceremony to introduce the running mate to supporters and other constituents at Akatsi and Keta in the Volta Region.

"It is a very sad reflection for all of us because if you believe in 'Nkrumahism', the party that Nkrumah founded was the Convention People's Party with a cockerel as its symbolism to signify an awakening for the black race to free itself from the yoke of colonialism and imperialism. So anybody who feels genuinely as an Nkrumahist should always work within the CPP," he stated.

Prof. Bobobee said Kwame Nkrumah's messages at independence were more relevant now than when he was proposing those ideas.

"A lot of people have vested interest in the CPP not coming back to power because it will actually derail some of their negative agenda they have for Africa.They would do everything possible to prevent the formation and coalition of traditional Nkrumahist parties," he said

Prof. Bobobee said while the CPP's achievements in the development of Ghana were well-documented, the NPP and the NDC were rather two sides of the same coin which needed to be given the boot, because "for 28 years, these two parties have misgoverned, misruled and created insecurities, fear and panic".

He said the next CPP government would prioritise the job sector, which would be augmented and also enable an increase in tax paying Ghanaians for the development of the country.

Prof. Bobobee said that would halt the youth from embarking on perilous journeys across the desert in search of greener pastures abroad.

He said free education, which was first introduced by the CPP, would be better implemented by a CPP government.

He hinted that educational infrastructure would be prioritised, with the E-blocks established under the NDC Administration for schools, transformed into boarding houses and bungalows for second cycle institutions.

A CPP government, he said, would take advantage of latest technological advancements which had paved the way for the fourth industrial revolution, to create employment avenues for the youth.