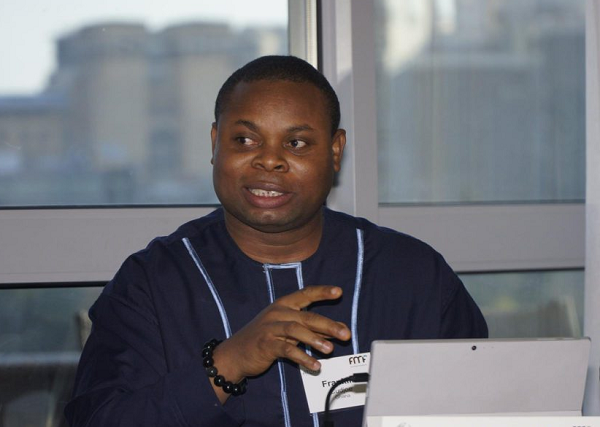 The Imani Centre for Policy and Education, a policy think tank, has scored the New Patriotic Party (NPP) government 56.77 per cent for its performance so far from 2017 to 2020.

It said the score signified a fair satisfactory progress to ensuring its change agenda.

Presenting a report on the final score card of the NPP manifesto for 2016 in Accra last Wednesday, a research consultant, Mr Dennis Asare, said the NPP in 2016 made 510 manifesto promises out of which it honoured some but not all under the five themes it established.

Analysing the report by sector, Mr Asare set the ball rolling with the achievements of the NPP on the economy, which covered 162 promises.

He said aside from abolishing import levy and that on the Value Added Tax (VAT) and National Health Insurance Levy (NHIL), a double-digit Gross Domestic Product (GDP) had not been achieved as promised by the NPP.

He added that the government had also not been able to implement the law on consumer protection which it promised.

Mr Asare, however, scored the NPP a higher mark for its performance in ensuring a macroeconomic stability, saying “they have performed very well.”

Sharing the outcome of the report on tourism, the Imani consultant lauded the successes chalked up in the Year of Return as well as the numerous reforms in the sector but said the government could not construct modern theatres in all regions and had also not been able to do much in the area of eco tourism.

While commending the government for the significant achievements it had made in the area of human capital development, Mr Asare said the NPP administration had delivered 55 out of the 63 promises with respect to the development of human capital.

He mentioned the introduction of the Free SHS, the restoration of the teacher and nursing trainee allowances as well as the training of Arabic instructors and the subsequent increase in budgetary allocation for student loan from the previous GH¢2.6 million to GH¢3.7 million

“It, however, could not fulfil its promise to build state-of-the art vocational training institutes across the country,” Mr Asare added.

He said in spite of the progress made by the NPP in the health sector, the country was yet to witness a comprehensive plan for disposing of medical waste and the incorporation of traditional medicine into the mainstream health care.

On governance, Mr Asare said the election of metropolitan, municipal and district chief executives (MMDCEs) was still not fulfilled.

However, he explained that the plan to fight corruption through the setting up of the Office of the Special Prosecutor had materialised and he was working.

Mr Asare said the Right to Information Bill had been passed under the NPP administration, with the NCCE playing a more active role.

“Again, about GH¢97 million has been recovered by the public accounts committee from issues raised,” he pointed out.

The Imani researcher further lauded the government for improvement in the housing needs of security personnel but indicated that even though it promised to build two new police training schools as well as police hospitals in Sunyani and Bolgatanga, it was yet to honour that promise.

Mr Asare further observed that the recruitment process into the police service continued to lack openness and transparency even though the party gave an assurance of doing so when it came to power.

Throwing more light on the provision of social services, he stressed the need to ensure the active engagement of people with disabilities in the free SHS policy and also establish the mental health fund as well as the fulfilment of the promise of introducing a freedom bus pass to the aged to ensure they boarded government buses for free.

Mr Asare catalogued a number of projects which were yet to receive attention such as the Eastern Corridor Road which was yet to be completed, the renewal of fuel stations sited along highways, the development of light rail system and the Boankra Inland Port.

The President of Imani, Mr Franklin Cudjoe, earlier in a brief remark said his outfit had been engaged in this exercise for the past 12 years.

He said contrary to weird and unrealistic promises made by politicians in the past, the trend had since 2008 changed with the help of the media.