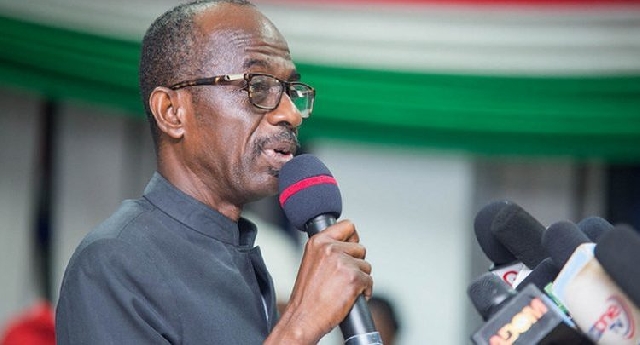 One of the people the National Democratic Congress (NDC) says it has dismissed from the party for deciding to contest the December 7, 2020 parliamentary election as an independent candidate says he has never been an NDC member.

Dr. Bonja Ishmael Anchomese from the Krachi Nchumuru constituency in the Oti Region says he has never been an NDC member to warrant being sacked from the party.

Rather, he says he has links more to the New Patriotic Party (NPP) than the NDC and that some NPP members were aware of this.

On Wednesday, the  NDC announced that it has sacked 17 of its failed parliamentary aspirants for going independent.

Dr. Bonja Ishmael Anchomese's name was added to those said to have been sacked.

In a press statement issued Thursday, Dr Anchomese accused the NDC of not knowing its members hence the addition of his name as a party member.

In a radio interview on Accra based Asempa FM, monitored by Graphic Online Thursday afternoon, Dr Anchomese said he has even rescinded his decision to contest the parliamentary election.

He explained he never participated in the primary to select a candidate for the NPP.

Asked if he was a known member of the NPP in the Krachi Nchumuru constituency, Dr Anchomese said he was known "partially."

He said he travelled outside of Ghana for sometime and recently returned in March 2020.

He denied ever flirting with the NDC for the party to consider him as a member.

Dr Anchomese said he has officially written to the NDC and issued the press statement to explain that he has never been a member of the NDC, "telling the whole world, Ghana, Oti Region and Krachi Nchumuru, for all to know that I am never part of the NDC and will never be part of the NDC."

He reiterated that his decision to contest the parliamentary election as an independent candidate in the area has been rescinded.

He said he was now joining the NPP candidate for the campaign for them to join forces to seek development for the area.