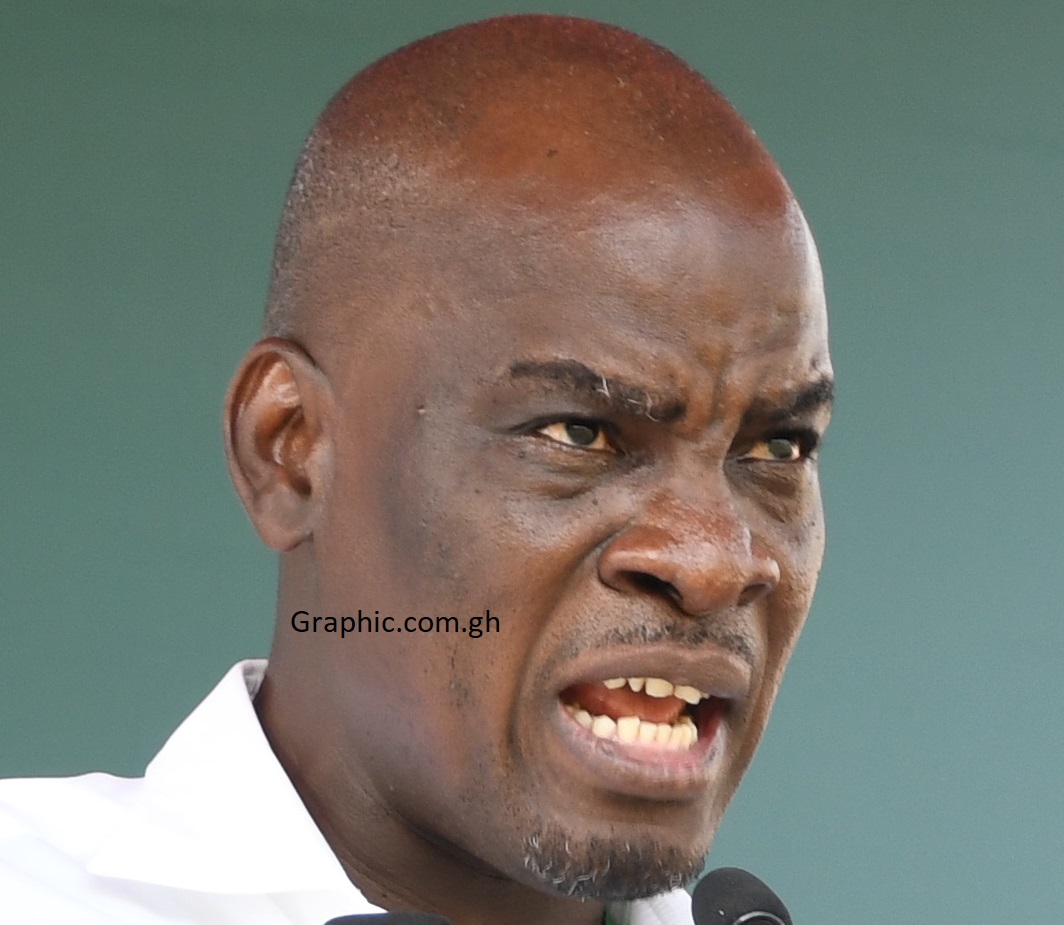 The Minority Leader in Parliament, Haruna Iddrisu, has said Parliament must accept some blame and responsibility for not keeping the Executive arm of government in check in the performance of its functions, including excessive borrowing.

He said it was the responsibility of Parliament to have checked the excessive borrowing by the government, asking: “How did we get here?”

"Parliament’s role as the defender of the people's interest is lost," he said.

He made the admission yesterday during a roundtable with the core leadership of Parliament on harnessing the dividends of democracy over the last 30 years organised by the Ministry of Parliamentary Affairs.

Democratic dividends refer to the benefits that a democratic system can provide for a society.

Among these benefits are the provision of public goods and an institutionalised arrangement in carrying the people along in the discharge of the duties of the state.

The discussion was on the theme: "Parliament and the harnessing of democratic dividends: Assignment."

It brought together experts, among them the Chairman of the National Media Commission (NMC), Yaw Boadu-Ayeboafoh, and a former Head of the Political Science Department of the University of Ghana, Legon, Dr Maame Adwoa Gyeke-Jandoh.

The Minority Leader admitted that Parliament was always found wanting when it came to exercising its oversight due to intense partisanship.

He said the House struggled to determine what was best in the national interest, against the interest of political parties.

Mr Iddrisu said the consequences of the excessive borrowing was being felt by "all of us".

He argued that Article 181 of the Constitution gave Parliament the sole right to approve the terms and conditions of all loans.

"So if the Minister of Finance’s borrowing has exceeded 100 per cent of GDP, how did we get here?” he asked.

He intimated that Parliament had become a "clearing house", approving Executive members nominated to serve, without scrutinising them and telling them in the face "that their conduct is not good enough”.

"The Parliament of Ghana is contributing, through acts of commission or omission, to eroding public faith and confidence in our democracy," he stressed.

While admitting to the failure of Parliament in its oversight responsibility, the Chairman of the Finance Committee of Parliament and MP for Obuasi West, Kweku Kwarteng, said the media should be blamed for the country's "fiscal misbehaviour".

He argued that rather than wait till political parties came to power before their manifestos were scrutinised, the media ought to do so from the onset and question the source of funding.

He said it was the pressure from the media that forced political parties to borrow to meet their political manifesto promises, and by so doing leave the mess for the next government to clear.

Mr Kwarteng advised the media to ignore politicians who might not be part of a manifesto platform but would try to justify such activity.

He said when such manifestos made unrealistic promises, without corresponding funding mechanisms, the media should be able to describe such documents as "con".

"It is the responsibility of the media to expose a manifesto that cannot be financed by the economy," he added.

Mr Boadu-Ayeboafoh changed the course of the discussion when he asked the House to re-examine the role of the newly elected Chairman of the opposition National Democratic Congress (NDC), Mr Asiedu Nketia, as a member of the Parliamentary Service Board.

To him, being the leader of a political party, Mr Nketia would not be able to offer neutral and constructive advice to the Speaker and must, therefore, resign.

He questioned the consistency in NDC MPs calling for the removal of the Finance Minister, Ken Ofori-Atta, when they refused to remove Seth Terkper as Finance Minister during the NDC era.

The Chairman of the Public Accounts Committee of Parliament, James Klutse Avedze, and Dr Gyeke-Jandoh focused on the benefits of democracy, including peace, safety and stability.

Dr Gyeke-Jandoh said Ghana's Parliament needed to be commended for promoting the politics of inclusion, but called for the inclusion of smaller political parties.

She advocated professional legislators, as pertained in the advanced world.

Strongly making a case for democracy, the political scientist emphasised: “No matter how bad democracy looks, it's better than military rule."