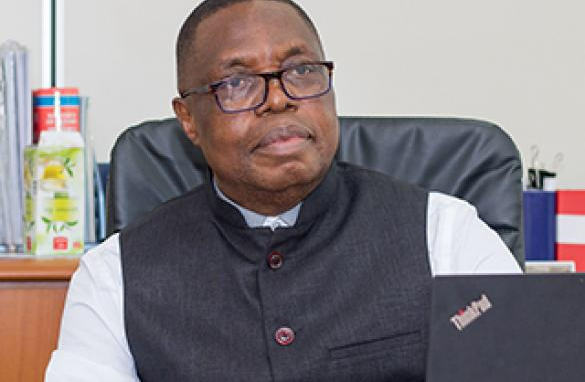 The Bono East Regional Minister, Mr Kwasi Adu-Gyan, has commended the regional leadership of the New Patriotic Party (NPP) and the National Democratic Congress (NDC) for their cooperation towards peace in the region.

“I am proud and extremely excited to see the NPP and the NDC in Bono East working together peacefully, in resolving the political impasse between them,” he said.

The regional minister gave the commendation in a statement issued after a forum in Techiman.

The forum, which was organised by the National Peace Council with sponsorship from the Commonwealth Secretariat, was on the theme: “Countering Post 2020 Election Violence, and Building Consensus for Greater Political Tolerance in Ghana”.

Mr Adu-Gyan said Ghanaians ought to be proud of the country being ranked the second most peaceful in Africa by the Global Peace Index Report 2021, and underlined the importance for the NPP and the NDC to collectively help to preserve and strengthen the prevailing peace in the country.

“This achievement is a collective effort of the chiefs, political parties, security services, as well as the Executive, Legislature, Judiciary and the media,” he said.

He gave an assurance that the Regional Coordinating Council (RCC) would ensure the required peace needed for development was maintained.

In a presentation on Electoral Justice, the Executive Secretary of the Bono Regional Peace Council, Alhaji Suallah Abdallah Quandah, said electoral justice played a decisive role in ensuring the stability of the political system in the country.

“The role of electoral justice, although not new, has become recognised as a crucial factor in all democracies, whether emerging or established,” it said and explained electoral justice was a prerequisite for preventing political and election violence.

Alhaji Quandah stressed the need for periodic review of the nation’s electoral justice system to ensure it fulfilled its function of guaranteeing free, fair and credible elections.
GNA