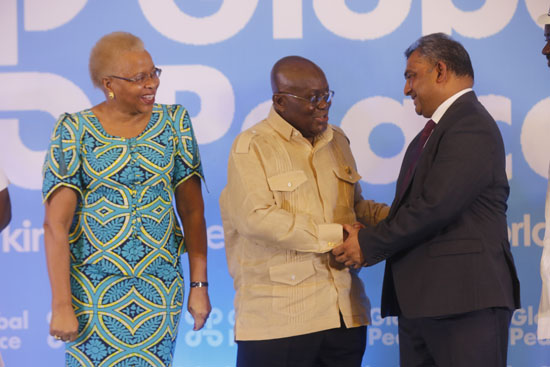 The dialogue is a global effort engineered by the African Centre for the constructive resolution of disputes to garner a global discussion among youthful future leaders, city mayors, captains of industry and country leaders.

It is to provide them with the opportunity to deliberate on their aspirations for a better world.

President Akufo-Addo said the government would continue to invest heavily in equipping the youth with the requisite skills to enable them to be on top of the global competition and trends.

He said the 21st century was a competitive one, with science and technology as the centre and, therefore, there was the need to educate and equip the youth with the requisite skills to enable them to compete favourably.

The President said to ensure that the youth were equipped properly, the government had made education free from kindergarten to the secondary school level, while a new standard curriculum which had mathematics, science, reading and writing, and creativity at its core, was being rolled out from kindergarten to Class Six.

The President noted that the mastery of digital technology by the youth must be the compelling challenge for them if they were to survive in the current competitive technological environment, adding that technology that had made the world a global village could enable once poor people to become prosperous and scale up the value of their economic activity.

“They have to survive. Technology is what helps us to make the world truly a global village and enables once poor people to become prosperous, and scale up the value of their economic activities,” he added. 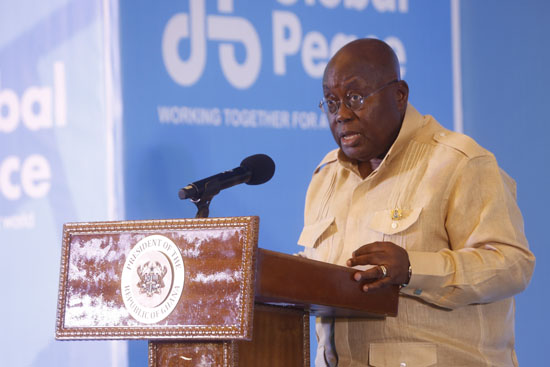 President Akufo-Addo announced that all was set for the construction of 21 state-of-the- art technical and vocational training centres in the regions and 10 science, technology, engineering and mathematics (STEM) centres were also being built to provide support for the introduction of STEM into basic education after a pilot phase.

He recalled that last year, he launched a youth competition dubbed: “Africa Innovates for the SDGs,” which sought to unleash the potential of the youth to contribute directly to the attainment of the SDGs.

He announced that very soon, he would honour the first five winners with $10,000 each, to help scale up their innovation towards the attainment of the SDGs.

In addition, he said, the winners and all shortlisted finalists would be put through incubation hubs to help to better develop their innovations for scalability.

“We cannot talk about sustainable development without the active involvement of the youth,” he said.

He said it was important for the youth to be involved in the processes leading to the creation of a peaceful world and that was why he took youth matters as his priority and called for the involvement of young people in decisions that affected them.

He called on African leaders to also prioritise the establishment of a peaceful atmosphere on the continent.

“I do not talk of the peace of the grave yard nor do I wish for us a security of the bonded slave market. I am talking about taking advantage of the dynamism and exuberance of the youthful population to build an orderly and prosperous society that promote peace,” he stated.

The President explained that he was talking about building a free society that promoted the spirit of competition and at the same time, recognised the safety net provided by humane and civil societies.

He said that was why the call to promote global peace as a catalyst for sustainable development was one all must support.

The Chairperson of Global Peace and the African Centre for the Constructive Resolution of Disputes, Mrs Graca Machel, urged the youth to take advantage of technology and social media to mobilise themselves to engender peace and development.

She said the older generation would be ready to support the young generation with their knowledge and experiences to take decisions that would bring about world peace, emphasising that gone were the days when young people were not allowed to speak.

Mrs Machel commended President Akufo-Addo for representing the voice of the African people in all spheres of life and also allowing Ghana to be used to launch the global initiative. 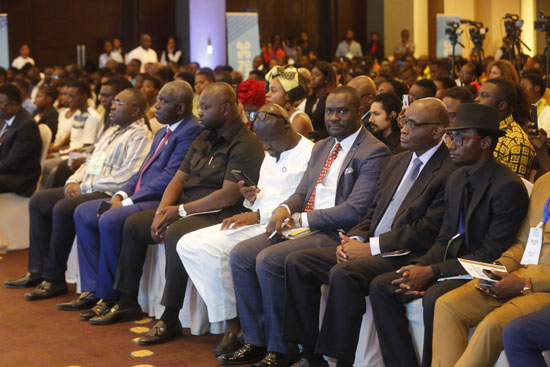