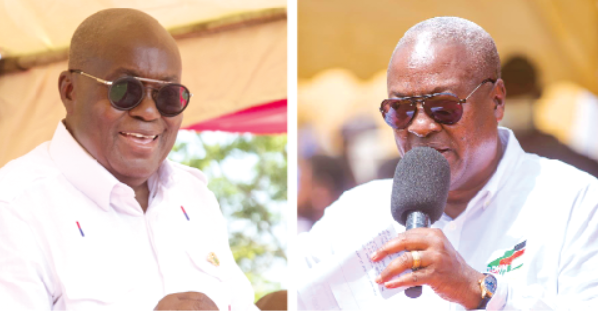 With four days to Election Day, the political parties are making the final push to drum up support for their candidates.

Their strategies have been to reach out to difficult and swing areas and energise their supporters in their strongholds to go out massively and cast their vote on Monday.

The combined strength of the parties’ presidential candidates, their running mates, national officers and every other person who matters has been deployed in key battlefields of the country.

The 2020 general election will be the country’s eighth consecutive poll since returning to democracy nearly 30 years ago. Citizens will elect a President and 275 Members of Parliament.

The two front-runners in the crucial elections, President Nana Addo Dankwa Akufo-Addo and former President John Dramani Mahama are racing to the wire in a photo finish to galvanise their strongholds for a higher turnout on December 7.

A low turnout in any of the decisive regions can impact on the electoral chances of the candidates.

The parties are also promising freebies which some pundits are wondering whether they could honour after winning.

In their frantic last-minute moves to win votes, the NPP and NDC are throwing accusations at each other some of which border on unethical behaviour.

Ghanaians are also witnessing amendments of manifestos, a typical example being the NDC’s amendment to its educational policy to absorb 50 per cent of fees for first-year university students.

With a difference of about one million votes, it remains to be seen how the NDC will claw back and eventually claim victory.

Aware that every vote counts, President Akufo-Addo and Mr Mahama have been in full flight, addressing mini rallies and engaging in other election-related activities on the field. In Kumasi in the Ashanti Region, there was a heavy presence of NPP supporters when President Akufo-Addo stormed the city for three days, which ended yesterday. Similar crowds followed the NDC presidential candidate, Mr Mahama in the Savanna, Northern and Upper East regions.

It is now a campaign to call out electorate to go out and vote massively.

The Ashanti Region is crucial for the NPP because when the region ditched the party in the 2008 elections with a drop in votes from 77.0 per cent in 2004 to 72.5 in 2008, the party suffered and went into opposition.

For the NDC, whipping up enthusiasm in its main stronghold, the Volta Region is central to its campaign to win back the Jubilee House, an office it once occupied.

The Volta Region is critical for the NDC because a low voter turnout from 85.5 per cent in 2012 to 81.0 per cent in the 2016 elections affected the party’s grip on power and it went into opposition. 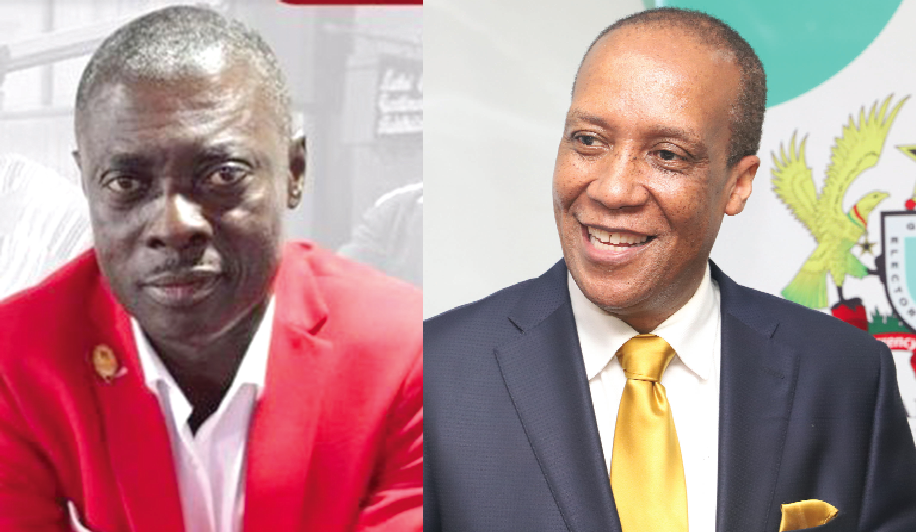 In a bid to solidify the NPP base, President Akufo-Addo has just rounded up a three-day campaign of the Ashanti Region where he pleaded with the electorate to turn up in their numbers to vote for him for an emphatic victory.

“With four more for Nana and the NPP, we will do even more for you. Everyone who has registered and is in possession of a voter ID card should not sit at home, and assume that ‘Nana has already won, so I won’t vote’. If you haven’t voted, Nana hasn’t won,” he said.

While in the Northern regions, Mr Mahama hammered home his achievements during his first term and what he would do when given the second chance.

The presidential candidate of the PNC said he was confident of victory after rounding off his campaign across the country.

“It is no longer the bigger parties that matter, it is what the PNC is bringing on board that matters because the party has a lot to offer Ghanaians”, Mr Apasera said.

The presidential candidate of the GCPP, whose car was involved in an accident in the Upper East Region recently, said he was not perturbed by the accident and was going ahead with his campaign.

“The devil is a liar, nothing will stop me from serving Ghana”, Dr Lartey said.

He is expected to round off his campaign of the northern sector today before moving to the Volta Region tomorrow to complete his nationwide campaign.

“ It looks like victory will come my way based on what the people are telling me, so I am assuming they will vote for me on Election Day”, he said.

For the presidential candidate of the APC, who is currently in the Volta Region, he said his campaign had been very successful.

Mr Ayariga is expected to make a quick dash to the Eastern Region before returning to the Upper East Region for a political float to round up his campaign.

“We are making lots of inroads, our campaign is going on well and everything is in our favour”, he said.

The National Chairman of the Ghana Union Movement, Dr Maxwell Awuku, said the desire for change would push voters to turn up in large numbers to cast their ballots.

“Our campaign has so far been very terrific and so we expect voters to turn up to help us make that change possible”, Dr Awuku said.

Presidential candidate of the Convention People’s Party (CPP), Mr Ivor Kobina Greenstreet, who is campaigning on a slogan of a “high tension electric shock” said he was sure of springing a surprise in this election.

“We are energising our supporters and our campaign is exciting. Many people are disappointed because they feel democracy is not delivering the kind of results they expect,” he said.

One innovative strategy adopted by the presidential candidates, especially the front runners, is the use of text messages to reach out to voters.

Their messages, though diverse in content, simply remind the electorate of the pending election on December 7 and encourage them to vote in their favour.

In view of the COVID-19 restrictions, mass rallies are absent but in its stead, the parties have adopted what they call retail campaign, door-to-door, house-to-house, telephone calls, use of the social and traditional media to reach out to the electorate.

Another engaging strategy is the health walk  and small community engagements.

Some politicians have also been seen eating kenkey with prospective voters in the Ledzokuku Constituency in the Greater Accra Region, while some have been pounding fufu in parts of the Ashanti Region and playing games with young people in various constituencies across the country.

But one significant observation is that quite unusual of election periods (2008,2012 and 2016), the sale of paraphernalia is not as brisk as it used to be.

In past elections, the major streets were littered with young people selling all kinds of paraphernalia including headgears, cups, T-shirts, dresses, smocks, scarfs, spectacles, watches, among many party accessories.

While President Akufo-Addo is campaigning on “four more years for Nana” for his good works and performance in government, former President Mahama, on the other hand, has been appealing to Ghanaians to vote the NDC back to power for it to continue its good works.

One important thing about their campaign tour is voter education. The two candidates and their messages are not just tailored on winning votes but to ensure that all votes are counted.

But as the campaigns hit the home stretch, there have also been pockets of reported violence with the recent ones in Tema East and Yapei Kusagu.