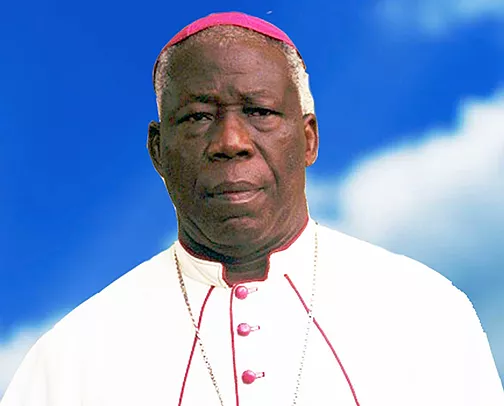 The Catholic Bishop of Jasikan, Most Rev. Gabriel Mante, has described the events leading to the election of a Speaker for the eighth Parliament on January 7, 2021 as chaotic and reprehensible.

He said the events could have gone nasty and plunged the country into the abyss of irreparable conflict.

Most Rev. Mante was speaking at the 42nd Plenary Assembly of the National Catholic Laity Council at the Diocesan Formation and Counselling Centre at Kadjebi-Nsuta in the Oti Region.

Most Rev. Mante observed that many conflicts on the African continent stemmed from political misunderstanding, misrepresentation and over-zealous quest for power, saying that was where the events in Parliament were gravitating to.

He said leadership failure at the time was responsible for the chaotic proceedings in the election of a Speaker.

He added that members of Parliament who were culpable should be sanctioned to serve as a deterrence in the future.

He said justice must be applied evenly across the board.

The Catholic bishop said the slim split on the majority-minority was an attestation of consensus building, tolerance and working in the interest of the State and not political colouration.

On COVID-19, Most Rev. Mante urged people in the region to ensure that they followed the World Health Organisation's safety protocols of social distancing, masking up and sanitisation of hands to stop the disease from escalating.

He said collective efforts were crucial to defeat the pandemic and called on Ghanaians to cooperate with health officials to ensure a COVID-19-free country.

He, therefore, called on Christians to unite and pray unceasingly to terminate the disease in the spirit.