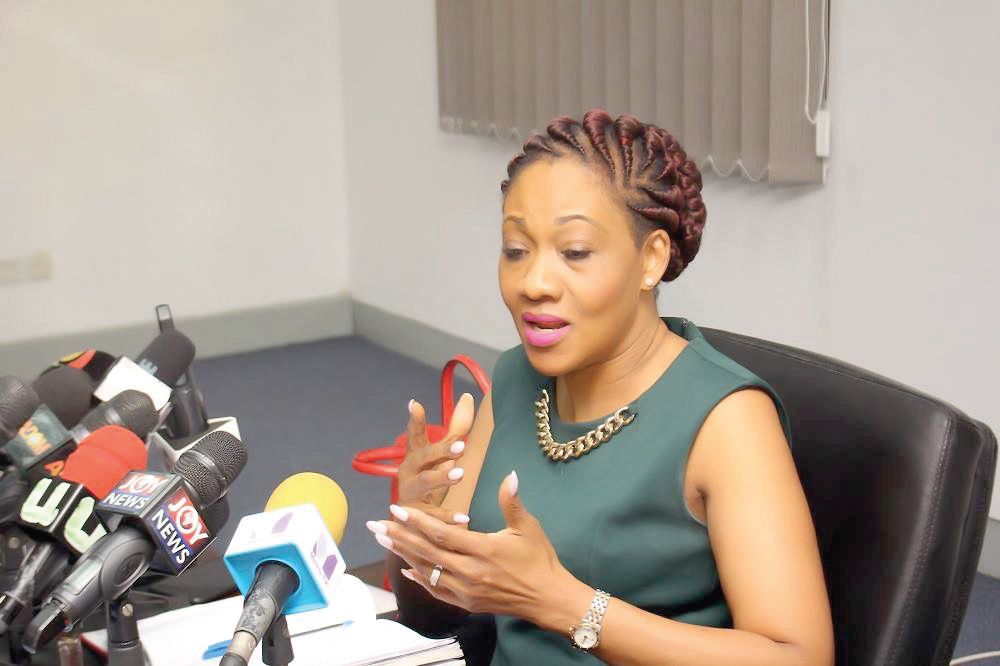 The Chairperson of the Electoral Commission (EC), Mrs Jean Mensa, has cautioned political parties and the media to desist from declaring the results of the 2020 general election, stressing that the commission is the only institution mandated by law to do so.

She said it had indicated its intention to declare the final certified results in a timely manner and “we hope to do so, God being our helper”.

“We call on all stakeholders to remain patient and leave the EC to perform its functions”, Mrs Mensa said in Accra yesterday as part of the Let the Citizen Know media encounter ahead of the presidential and parliamentary polls today.

In response to a question as to what sanctions were there for anybody that fell foul of the directive, she entreated the public to disregard and condemn parties which put out such information since it was only the commission that had the power to do so.

“I think these are critical and delicate issues that even the media must take very seriously and not tolerate because it could lead to confusion. So we entreat the public to ignore such announcements because they can announce but not the declaration.

“But even then, it is illegal for any party to announce that they have won an election, it is out of law and we ask that our friends in the media will treat this with the condemnation that it deserves and not let it have the light of day,” she said.

The commission, he said, had procured all materials for the 2020 election and that they included ballot boxes, thumbprint pads, stationery, identifications jackets, polling station booths, rechargeable lamps, indelible ink, educational posters, seals, among others.

“I am pleased to note that as a result of a thorough planning and distribution process, we have distributed these items to all the 38,622 polling stations across the country.

“For the first time in our history, we printed and distributed all ballot papers for the 2020 Presidential and Parliamentary elections some two and a half weeks before the election,” Ms Mensa said.

The EC chairperson said the commission had procured 74,800 brand new biometric verification devices to enhance the integrity and credibility of the polls, and that the devices had been prepared and distributed to the polling stations across the country.

“We are confident that the enhanced features of the devices will speed up the verification process and go a long way to ensure that only persons whose biometric details are captured in our system vote on Election Day. It is important to note that the device has a record of both fingerprints as well as the facial features of each unique individual,” she said.

Feedback from the recent special voting exercise which took place on December 1, this year, Mrs Mensa indicated that the equipment functioned effectively and enabled the prompt verification of voters at the polling centres.

Mrs Mensa said in the EC’s bid to be responsive to the citizenry and to provide them with prompt and timely feedback, it had established a call centre to enable voters to relay their concerns and feedback to the commission on Election Day and that a toll-free number 0800-100-100 had been set aside for that purpose.

The centre, she said, would be open from 6 a.m. to 6 p.m. today and callers could use any network to contact the commission.

Regarding missing identification cards (ID), the EC chairperson said any citizen who had misplaced his or her voter ID card, could still vote as their details were on the biometric verification devices.

“As such, we entreat this category of voters to go to the polling station where they registered to cast their votes,” she assured.

In response to concerns relating to disenfranchising citizens who visit the polling stations without face masks, Mrs Mensa said the commission would provide masks in polling stations in rural communities to ensure that voters without them would have some to enable them to exercise their franchise.

“In our bid to reduce tension and suspicions around the election, we plan to declare the results within 24 hours.

She said the commission had prepared a new Biometric Voter’s Register in time for the election and “we are pleased to note that the register embodies unique individuals only.”