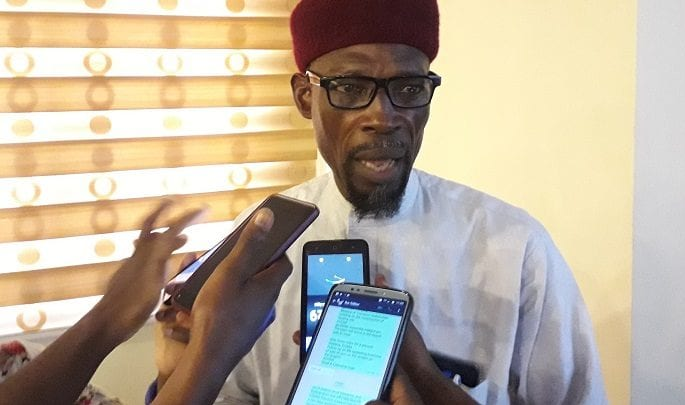 The Coalition of Domestic Election Observers (CODEO), an independent election observer group, has deployed 4,400 election observers across the 275 constituencies for today’s parliamentary and presidential election.

The officers are to observe the polling station and process set-up, voting and counting procedures, declaration of votes count and also file reports on any incidents they observe throughout the exercise.

CODEO will also employ a vote tabulation system known as the Parallel Voter Tabulation (PVT) to tabulate results and assess the quality of the election process across the country.

The Acting Chairperson of CODEO, Sheikh Armiyawo Shaibu, who revealed this at a press conference at Teshie near Accra today (Sunday, December 6), said the organisation had adequately prepared for this year’s exercise.

He said the preparation towards the deployment of officers for the election commenced in October this year with the training of all of its officers, including national coordinators, constituency supervisors as well as Rapid Response Observers (RRO).

He said that as part of efforts to ensure that the trained observers were non-partisan, the personnel were recruited from member organisations.

“We at CODEO are very confident that our observers have been given the best of training. They have been duly accredited by the Electoral Commission to undertake this very important national assignment with competence and integrity,” Sheikh Shaibu said.

Touching on how the coalition would operate on the Election Day, Sheikh Shaibu said CODEO had set up a National Information Centre (NIC) at the Kofi Annan International Peacekeeping Training Centre to facilitate its operations.

He said its observers would report their findings using Short Message Service (SMS) technology to the NIC, adding that the coalition had also developed a system which would allow its observers to rapidly transmit their observation reports at designated time periods.

He added that the Coalition would also set up a critical incident desk at the NIC to receive infractions, irregularities, and other malpractices that may occur during the voting process.

“Once verified, CODEO will share these critical incidents with relevant stakeholders, such as the Election Security Task Force and the EC for appropriate actions and any corrective measures,” Shiekh Shaibu said.

Sheikh Shaibu further indicated that based on the reporting and observation system, it has planned to make available to the general public three statements on its observations at various time intervals within 24 following the start of voting.