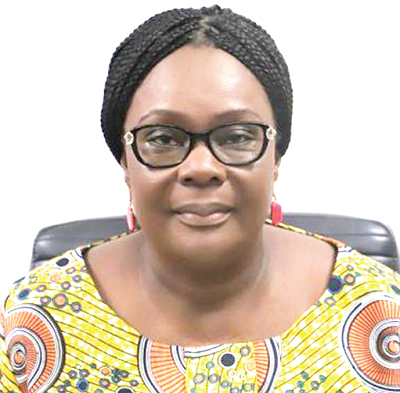 The Gomoa Central Constituency, with its capital at Gomoa Afransi, was among the 45 constituencies created by the Electoral Commission (EC) in the run-up to the 2012 general election.

The people in the constituency are predominantly farmers, most of whom are into the production of maize, cassava, pineapple, tomatoes and other food crops.

In the constituency’s first parliamentary election in 2012, Rachel Florence Appoh of the National Democratic Congress (NDC) was elected Member of Parliament (MP) after polling 15,719 votes, representing 57 per cent. Dr Edward Nana Ketu Cudjoe of the New Patriotic Party (NPP) had 11,385, representing 41.36 per cent, while Grace Ignophia Appiah who stood on the ticket of the Progressive People’s Party (PPP) and Isaac Turkson of the National Democratic Party (NDP) secured 314 and 108 votes, respectively.

In the 2016 general election, Naana Eyiah of the NPP snatched the seat after securing 14,178 votes as against 12,858 votes polled by NDC’s Rachel Florence Appoh. Emmanuel Appoh Mensah of the CPP and Grace Ignophia Appiah of the PPP had 280 and 174 votes.

At the just-ended 2020 parliamentary election, Naana Eyiah retained the seat after polling 20,527 as against Jonamoah Moses Jehu-Appiah of the NDC, who secured 14,568. Other contenders, Hannah Chrissam of the Ghana Union Movement (GUM) and Frank Okyere Painstil of the NDP managed 561 and 476 votes respectively.

In an exclusive interview with the Daily Graphic as part of the Constituency Watch Series, Madam Naana Eyiah catalogued numerous measures and interventions to tackle youth unemployment, health and education as well as other developmental needs of the constituency.

She said she would be a worthy representative of the people in her second term and would lobby to attract developmental projects and other interventions to bridge the development gap in the constituency.

She noted that the constituency was undoubtedly deprived and that in order for the area to achieve its desired progress, she would not be confined to the office but would rather step out and champion the growth and development of the constituency.

“As MP for Gomoa Central for the next four years, my focus is to ensure that the area has its share of the national ‘cake’ that would ultimately inure to the benefit of the people,” she pointed.

Additionally, she indicated her readiness to work closely with the district assembly and assembly members to put in place policies and interventions that would fast-track the progress of the district.

To address the problem of youth unemployment, she noted that she would continue to assist the youth to gain employment into the formal sector while those interested in learning a trade would also be supported to acquire vocational skills.

“Many of the youth who are interested in apprenticeship training would be enrolled into such training and provided with working tools after training to enable them to easily set up their respective trades after completion” the MP said.

Touching on education, she stated that she would through her share of the MP’s Common Fund, provide financial assistance to tertiary students to enable them to acquire higher education to support the growth of the district.

Also, she pledged to continue to support the district directorate of education with logistics to enable them to discharge their professional duties as required towards improving education in the area.

On health, she disclosed that the constituency was a beneficiary of the government’s agenda 88 hospitals project which would be situated at Gomoa Afransi.

She noted: “Work will soon commence on the project that will ultimately provide a befitting district hospital for the area.”

She explained that she would continue to resource existing health facilities with equipment and other logistics to enable them to provide quality health care to the people.

Madam Eyiah noted that a private investor would soon establish a factory at Gomoa Nyakuadze as part of the One District, One Factory (1D1F) project to provide direct and indirect jobs for particularly the youth in the area.

“Since the major occupation of the people in my constituency is farming, I will ensure improvement in road networks to enable farmers in particular to cart their farm produce from the remotest parts to market centres for sale. I will also champion women empowerment by assisting them to access loans to either set up or expand their trades as well as build their capacity to enable them to make significant contributions to the constituency’s growth,” Madam Eyiah pointed out.

She fell in love with the NPP through former President John Agyekum Kufuor in 1996 after returning to Ghana and has since been an ardent supporter of the party.

In 2011, she formed Nana Ladies group to mobilise many women to campaign for the NPP within the Gomoa and Agona areas.

In 2013, Madam Eyiah made her first entrance into politics when she contested the first vice chairmanship position for the constituency and won in the run-up to the 2016 election, she later stepped down and contested the constituency primary and emerged winner and subsequently won the main elections in 2016.