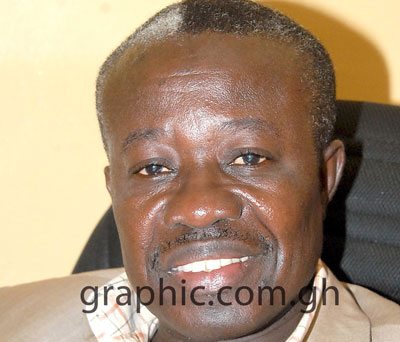 The government has said the current strike by the Ghana Medical Association (GMA) is illegal and that its claims in the media that the government is refusing to abide by the ruling of the National Labour Commission (NLC) are false.

But the GMA has dismissed the suggestion by the government that its strike is illegal.

Rather, the association has accused the government of being the first to flout an NLC ruling given on November 4, 2011 as indicated in the decision of the NLC in February 2013.

A statement issued by the Minister of Information and Media Relations, Mahama Ayariga, in Accra yesterday reminded the GMA that like all other labour unions and associations, the NLC's ruling on the interim market premiums on March 27, 2013 had adopted the payment schedule drawn up by the Fair Wages and Salaries Commission (FWSC).

It said the schedule, as agreed and ruled on by the NLC, indicated that the first payment of four months’ arrears of the 2012 market premium would be effected in May 2013 while the second and the third instalments would be paid in July and August 2013.

The statement said the demand by the doctors, represented by the GMA, for a one-off payment of their arrears, instead of the instalment payments, as ruled by the NLC, was in contravention of Section 158(1) of the Labour Act 651.

The government said “while government will continue to play its role in that and other matters, it also demands from its stakeholders like the GMA a level of partnership that contribute to building our beloved country, rather than derailing it”.

“The distortion of facts and issues that are brought before the government for discussions cannot be allowed to continue especially when members of the GMA working in government hospitals have been regularly paid their salaries,” the statement said.

Responding to the government’s statement, the GMA said the issues of pensions as raised by the GMA were also credible hence the reason for the FWSC writing to the GMA seeking to discuss the contributions of medical doctors towards SSNIT (Pensions).

In a statement signed by Dr Frank Serebour, the General Secretary of the GMA, the doctors expressed the hope that its explanation on pensions would clarify the issues and, therefore, asked the public to disregard the propaganda from the government.

“The GMA is resolute in its decisions to continue with this ongoing withdrawal of services to ensure that the right things are done in this country.

“All doctors are encouraged to continue with the fight to ensure that the anomalies in pension contributions and the market premium payments are correct,” the GMA said.

Meanwhile the Association of Ghanaian Medical Doctors (AGMED) has expressed concern about the strike declared by the GMA.

AGMED however said even though the issues being raised by the doctors were legitimate which required urgent attention, its was of the opinion that the declaration of the strike as a means of resolving the problem was inappropriate.

A statement issued by Dr Alexander Brown in Accra yesterday said “as doctors any action we take should lead to the advancement and improvement of the health status of Ghanaians especially the poor and vulnerable”.

“We, therefore, call on Ghanaian doctors to resist the temptation of sectarian influence but rather bring pressure to bear on the executives to demonstrate their efficacy by adopting legal processes to address the concerns of doctors,” a statement by the association said.

The statement called on the FWSC to act expeditiously to adhere to and implement the schedule of payment as determined by the NLC.

“Efforts should also be intensified to resolve the problem of conversion difference and pension difficulties”.

The association called on all doctors to disregard the strike and work in the interest of mother Ghana and their respected clients.