Hypertension is a silent killer: Check your blood pressure 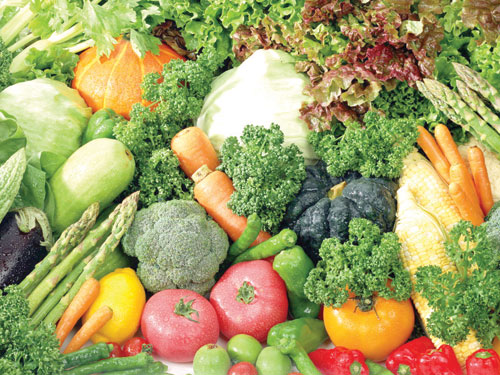 This year's World Health Day was marked on Sunday, April 7, 2013 across the world with a call on people to check their Blood Pressure (BP) regularly. Globally, it is estimated that around 40 per cent of adults aged 25 and above have high blood pressure.

World Health Day is celebrated on April 7 to mark the anniversary of the founding of WHO in 1948 and each year a theme is selected that highlights a priority area of public health concern in the world.

This year the theme is "Hypertension is a silent killer. Check your blood pressure".


According to the World Health Organisation (WHO), 60 per cent of all deaths across the world are due to non-communicable diseases such as heart attacks, diabetics and stroke, and hypertension has been identified as one of the major risk factors. Non-Communicable Diseases, of which hypertension is the major trigger, is said to be the leading cause of death both in the developed and developing countries.

In Ghana, the Ghana Health Service (GHS) estimates that more people in urban areas are hypertensive than those in the rural areas. It further estimates that over 40 per cent of people with hypertension did not know that they were hypertensive. Such a situation, according to the World Health Organisation (WHO) makes the disease one of the most dangerous and “Silent Killer”of NCDs.

Hypertension, the WHO says, increases the risk of heart attacks, strokes and kidney failure and if left uncontrolled, it can also cause blindness, irregularities of the heartbeat and heart failure.

The risk of developing these complications is higher in the presence of other cardiovascular risk factors such as diabetes.

In May, 2012, The World health statistics 2012 report, released by the WHO, showed that one in three adults worldwide has high blood pressure – a condition that causes around half of all deaths from stroke and heart disease.

“This report is further evidence of the dramatic increase in the conditions that trigger heart disease and other chronic illnesses, particularly in low- and middle-income countries,” says Dr Margaret Chan, Director-General of WHO. “In some African countries, as much as half the adult population has high blood pressure.”

In Africa, NCDs was responsible for the 2.86 million deaths in 2008 of the 10.1 million deaths that occurred on the continent and it is further projected by the WHO that deaths from NCDs would rise by 68 per cent and account for 50.1 per cent of total deaths by 2030.

As Ghana joins the rest of the world to draw public attention to the need to check this prevailing condition, the Programme Manager, Non-Communicable Disease Control Programme of the Ghana Health Service (GHS), Dr Kofi Nyarko, says Ghana's projection for people with hypertension has continued to increase since the 1970's as the lifestyle of the people continues to deteriorate.

According to him, as people live longer in life, coupled with increase in urbanisation, lack of exercise and excessive alcohol intake among the youth and some older population, the chances of people becoming hypertensive are high.

According to a world health survey conducted in 2008, Ghana has one of the worst fruit consumption habit, with a prevalence of 36 per cent while Pakistan had 90 per cent, prevalence. The survey, which was conducted among 52 countries, showed that most Ghanaians did not add fruit to their diets, a situation which according to doctors would help in modulating the human system.

Today, people eat more fatty foods popularly known as "fast foods" but ideally, the WHO recommends that to achieve a balanced diet, one must consume in a day fruits, vegetables and whole grains.

One sad aspect of the situation, according to Dr Nyarko, is that people who are aware of their hypertensive conditions do not seek proper treatment and care as some discontinue with the treatment mid-way or resort to unorthodox means of treatment. Hypertension, if not well treated, he said, could lead to diabetes or renal failure, as well as other life-threatening conditions.

Another study conducted by independent researchers into hypertension in 2008 among 219 people with the condition in Accra showed that 47 per cent of them had "target organ damage" such as eye, kidneys and heart problems, a situation which according to Dr Nyarko indicated that their conditions were not well controlled and this goes to confirm a WHO projection that by 2020 coronary heart disease and stroke would be the leading cause of deaths and loss of disability adjusted life years across the world.

However, health experts are of the view that many of these deaths and disabilities are avoidable if people would resort to healthy living lifestyles. The good news, according to health experts, is that high blood pressure is both preventable and treatable. In some developed countries, prevention and treatment of the condition, together with other cardiovascular risk factors, has brought about a reduction in deaths from heart disease.

According to the GHS, one can avoid the risk of developing high blood pressure by reducing salt intake, eating a healthy diet (with fruits and vegetables), avoiding harmful use of alcohol; taking regular physical activity; maintaining a healthy body weight; and avoiding the use of tobacco.

As the GHS joins the world to celebrate WHD, it is calling on people to check their BPs at least once in a month, because early detection could lead to a better management of the situation. They are also calling on people to lead healthy lives to help curb the incidence of deaths from hypertensive-related conditions.