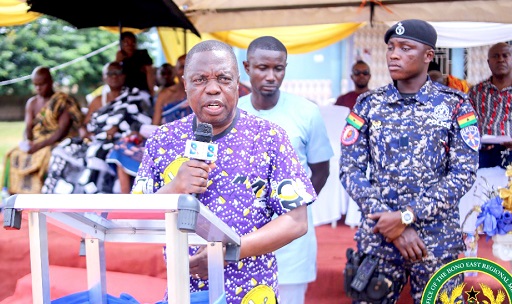 The Bono East Regional Minister, Kwasi Adu-Gyan, at the weekend, urged members of the Ghana National Tailors and Dressmakers Association (GNTDA) to take advantage of the Africa Continental Free Trade Area (AfCFTA) to sell their products beyond Ghana.

He said members of GNTDA could also tap into the African Growth and Opportunities Act (AGOA) initiative and penetrate into the United States of America (USA) clothing market to make more profit from their profession.

More than 100 tailors and dressmakers attended the conference to deliberate on how they can improve on their products to enable them to penetrate into the foreign market.

Mr Adu-Gyan urged them to also explore opportunities offered by technology to improve their business so that they can compete with their counterparts all over the world.

"You can learn the latest fashion designs from the Internet. You can also sell your beautifully sewn cloths on the Internet," he advised.

He observed that social media platforms such as WhatsApp, Facebook, Youtube, among others, were available for tailors and dressmakers to enable their products to reach out to a large number of potential customers.

He gave an assurance that the government was committed to supporting the private sector to make it the engine of growth and create jobs for the youth.

He observed that the introduction of the "Friday Wear" concept had helped sustain the dressmaking and tailoring industry.

The Bono East Chairman of GNTDA, Samuel Asante Addo, commended the government for various initiatives that aim to protect the industry.

He explained that even though the Friday Wear concept had helped to boost the work of members of the association, there was the need for two more days to be added to the initiative.

He also appealed to the government to extend the free senior high school policy to apprentices to entice more youth into apprenticeship of the various vocations.

Present at the function was the Municipal Chief Executive of Nkoranza South, Daniel Yaw Owiredu.