Rotary Club of Accra-Labone to commission GH₵500,000 Water System as part of its 20th anniversary 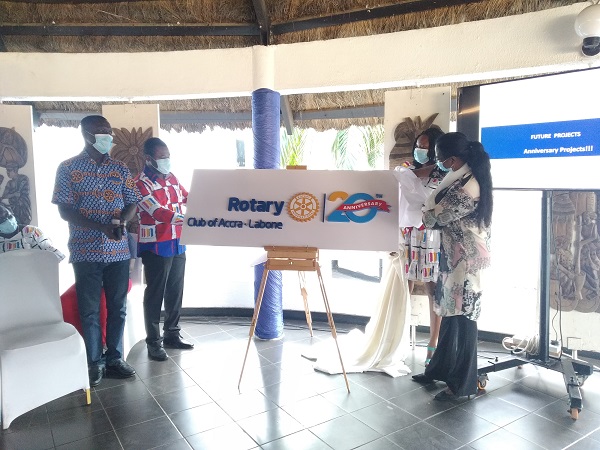 The Rotary Club of Accra-Labone is scheduled to commission a GH₵500,000 Groundwater-based Piped Water System at Dokrochiwa in the Ayensuano District of the Eastern Region as part of activities to commemorate its 20th anniversary next year.

The Rotary Club of Accra-Labone which was chartered on June 29, 2001, turns 20 on June 29, 2021, and has lined up a series of events including the commissioning of the Groundwater-based Piped Water System on March 27, 2021, to mark the occasion.

Addressing the media launch of the anniversary on Saturday, December 19 in Accra, the President of the Rotary Club of Accra-Labone, Doreen Ashiboe Mensah said the six-month-long celebrations will feature fun-filled events as well as charitable events including the commissioning of a refurbished 30-bed Nsawam Children's Hospital on April 30, 2021.

She said the celebrations have been themed: "Two Decades of Service Above Self: Rotary Opens Opportunities" and they will be funded through fundraising events, donations from members as well as collaborations with other organizations.

Kwaku Tweneboah inducted as President of Rotary Club of Accra-Labone

The Chairperson of the Anniversary Planning Committee, Jerry Otchi said the celebrations would commence with the commissioning of a borehole at Alavanyo in the Ga West Municipal Assembly on January 29, 2021, followed by a fundraising event dubbed Tour De Labone Cycling.

He added that the club will also hold the maiden PAG Ralph Memorial Lecture in honour of one of its founding members on April 15, 2021.

Fundraising conducted by a Past President of the club, Esquire Lamtiig Apanga at the launch raised over GHS8,100 in pledges for the anniversary celebrations.

The club also unveiled the official logo of its 20th-anniversary celebrations.