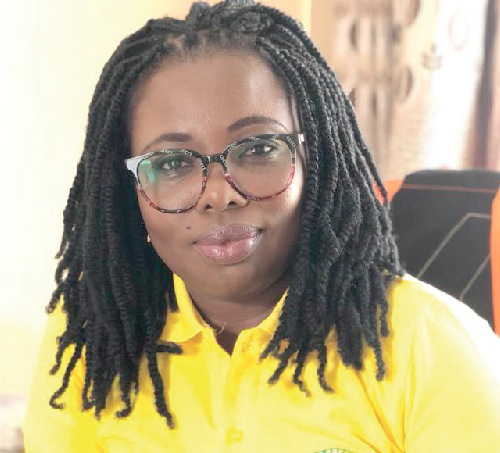 The authority said the figure was 59 more than the fatalities recorded in 2019.

Apart from the fatalities, 1,511 people were injured in the accidents that occurred last year.

The Central Regional Officer of the NRSA, Ms. Linda Afotey-Annan, who made this known in an interview with the Daily Graphic yesterday, said the deaths were the result of 978 road crashes involving commercial and private vehicles and motorcycles.

Ms. Afotey-Annan said the crashes had been traced to inattentive driving.

"We have noticed that basically many people drive distracted. People are driving with earphones on, while others intermittently change music that is being played or are watching the sights and scenes along the road, and so on.

“Such activities usually lead to loss of control of the vehicles and in many cases lead to accidents,” she said.

She said speeding, the use of drugs, driving tired, wrongful overtaking, inexperienced drivers at the wheels and general disregard for road regulations were also leading causes of road accidents.

Mrs. Afotey-Annan said the authority would soon deploy road safety inspectors to collaborate with the police in making sure there was sanity on the roads.

“For now, we are depending on the police to enforce road traffic regulations, while the road inspectors ensure that the public comply with the regulations to make our roads safer," she said.

She further advised pedestrians to use the footbridges, where they were available, to cross the roads safely.

She said it was heartwarming that the Christmas and the New Year periods did not record many accidents.

"We hope that when all stakeholders and road users commit to the safe use of the roads and pay attention to road safety regulations, our roads will be much safer," she added.