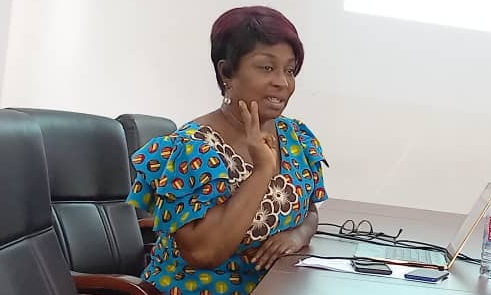 A Psychologist, Ms Vivian Aubyn has urged the public to reduce stigma against persons who provide care for people with mental health conditions.

For her, stigmatising against mental health caregivers weighed heavily on them and could affect how their services are delivered, hence complicating the country's fight against mental illness.

She said it was important that mental health caregivers are given the needed support in order to enable them to provide the best care with utmost commitment for their patients.

Ms Aubyn, who made the call during a training programme for healthcare workers and counselors in Cape Coast, observed that "Stigmatising caregivers will make progress in the battle against mental illness even more difficult."

The training was organised by Hope for Future Generations (HFFG) and Psykforum with funding from UKaid through the “Ghana Somubi Dwumadie” programme, aimed at reducing stigma and discrimination to enhance mental health and disability inclusion.

Ms Aubyn appealed to relevant stakeholders to create the required structures to address the difficulties, while urging the public to avoid stigmatising mental health caregivers.

She said it was important to intervene before the situation became uncontrollable, as this could prevent caregivers from interacting with their patients and learning about their problems.

A Community Mental Health Practitioner, Ms Cecilia Ama Sam, urged caregivers and health workers to report incidences of abuse against people with disabilities to appropriate authorities when they were brought to their facilities.

She expressed worry that some people treated Persons with Disabilities (PWDs) as if they were less of humans, stressing that PWDs are oftentimes subjected to harsh treatment and even chained.

For her, it is unacceptable to look down on PWDs, noting that such acts were against the fundamental human rights of such PWDs.

"If you encounter any of these situations, report them to the relevant authorities, because people with disabilities have the same rights as anybody else to live a normal life," Ms Sam stressed.

She urged healthcare providers to develop robust relationships with their patients in order to give them a feeling of belonging and help them recover, noting that patients' recovery was not exclusively dependent on medications, but also on social supports.

At the training, some community mental health nurses pleaded with the public to cease labeling them as "crazy patients' nurses," which they claimed had negative impacts on their work.