Why KATH dismissed staff for peddling 'falsehood' on COVID-19 funds 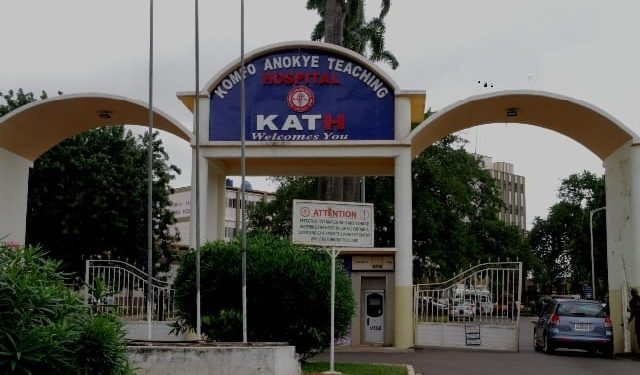 The Komfo Anokye Teaching Hospital (KATH) has confirmed the dismissal of the staff who recently alleged the misuse of COVID-19 funds by the management of the hospital.

According to the hospital, Akyereba Awuni, who was an accounts officer at the Biostatistics Unit, was dismissed for flouting the disciplinary code of the hospital and making "a total falsehood allegation".

Awuni had said he petitioned the Commission on Human Rights and Administrative Justice (CHRAJ) alleging misapplication of COVID-19 donations to KATH.

He granted a media interview late last year on the said petition and the allegation of misuse of COVID-19 funds to purchase two luxury vehicles.

The hospital's management, however, responded and denied misusing the funds, explaining that its books were open for verification.

Related: KATH: Our books on COVID-19 donations usage are open for verification

The board of the hospital, however, concluded that Awuni failed to exhaust the hospital's internal mechanisms for handling grievances and said Awuni was just on a destructive mission with no evidence to back his claim.

A letter dated December 20, 2021 [copy attached below], signed by the board chairman, Nana Effah-Ampenteng, directed the hospital’s director of finance to pay him all his entitlements.

The dismissal letter again directed the director of finance to delete his name from the hospital's staff payroll effective December 20, 2021.

The Disciplinary Committee of the hospital, according to the letter established that Awuni's allegation was "a total falsehood."

"Besides, a content analysis of your [Awuni] response to the query given to you clearly indicates that you willfully used abusive language on your superior, contrary to the Disciplinary Code, section 13.01 i (poor performance)."

"For avoiding physical service of invitation to appear before the Disciplinary Committee and eventually failing/refusing to appear despite glaring evidence that you saw the invitation, you commit a major offence under the Code," it said.

Meanwhile, Graphic Online gathers from the hospital's management that the disciplinary action on the matter against Awuni had commenced even before he [Awuni] publicly announced that he had petitioned CHRAJ.

Awuni had earlier gone public with media interviews on the allegation.

The hospital's management through its lawyer responded to the allegation.

Awuni in a later media interview announced that he had petitioned CHRAJ.

The hospital's administration even though said it was ready to open its books for verification on the expenditure of the COVID-19 donations, insisted that CHRAJ has not reached out to it for a response to any petition.

It said Awuni, noted by management for "falsehood allegations" was only seeking to use the CHRAJ angle for favour.

"By a decision of the hospital board, you are accordingly dismissed with immediate effect," the letter from the board added.

Meanwhile, Awuni has indicated his readiness to challenge the dismissal in court.

Below is a copy of the letter from the board 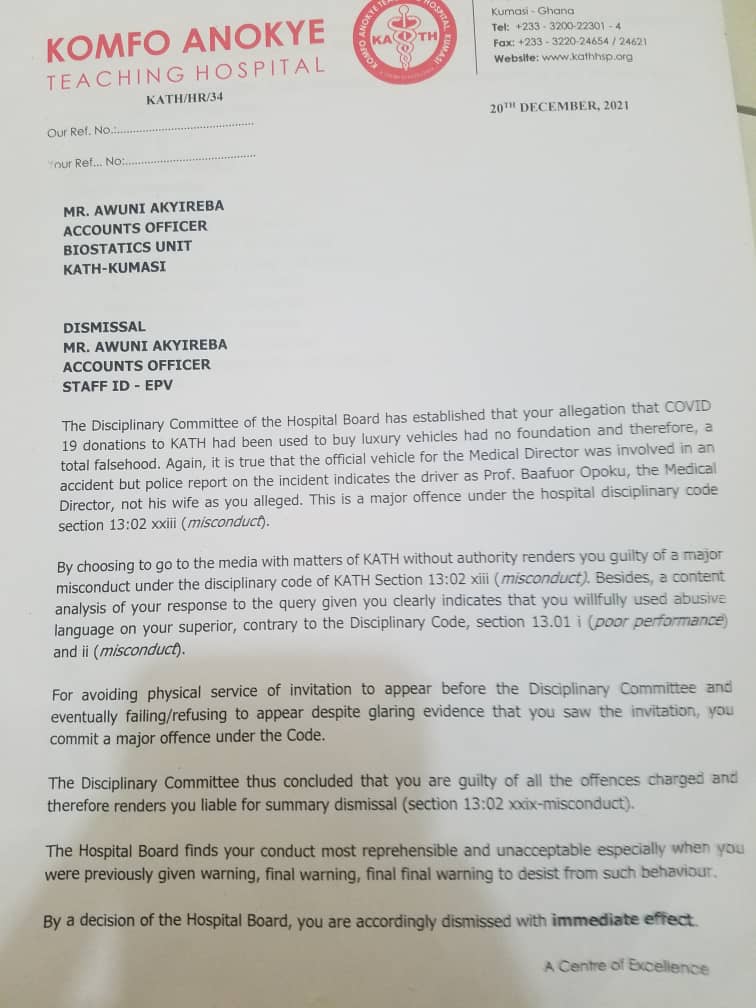 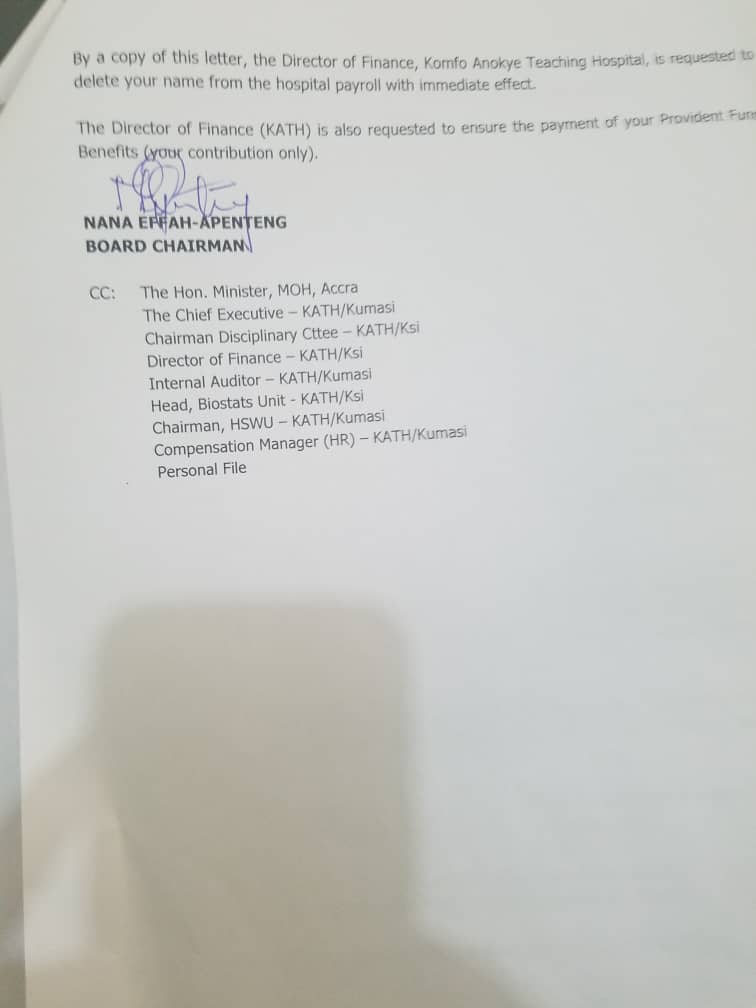 The management before this latest development had already said it was ready to open its books on the usage of COVID-19 donations for verification on any day.

It assured all stakeholders, especially its key collaborators and partners that it had all the relevant records and evidence to validate its claims on the judicious use of the donations.

Mr Awuni has accused the management of using the proceeds from the funds to purchase two vehicles for the personal use of the Chief Executive Officer and the Medical Director of the hospital.

The management said it was not aware of any probe being done by CHRAJ and maintained the position that the disbursements were completely and wholly made for the intended purpose of supporting clinical care.

It said the two vehicles Awuni had made reference to were budgeted for, and rather purchased with funds from the hospital’s internally generated funds (IGF) and assigned to the offices they were needed as part of the conditions of service.

KATH had purchased two Toyota saloon cars from Toyota Ghana Limited and were paid for over a period from the hospital's Internally Generated Funds (IGF) through cash payments and, not from COVID-19 monies and that members of management found the publication repugnant and defamatory, it said.

In a letter signed and issued by the solicitor for the hospital, Mr Kwame Adofo, the management said a newspaper publication on September 28, 2021  by the Hawk newspaper with the headline: “KATH splurge COVID-19 donations on luxury cars,” which alleged that the management of KATH had misappropriated donations meant to help ward off the coronavirus by spending US$160,000 to procure vehicles was not true.

It said the imputations conveyed by the publication were that they were criminals occupying the management positions at KATH and that they were insensitive to the plight of the citizens they served.

It added the publication also indicated that they were not fit and proper persons to hold management positions in KATH.

“Our clients said that the Covid-19 monies are used exclusively to buy various items for the hospital which have been accounted for and audited,” he added.

He said the items certainly did not include any purchase of vehicles or cars for the CEO and the Medical Director.

He said for the avoidance of doubt, his clients deny that any COVID-19 monies were used to buy cars.