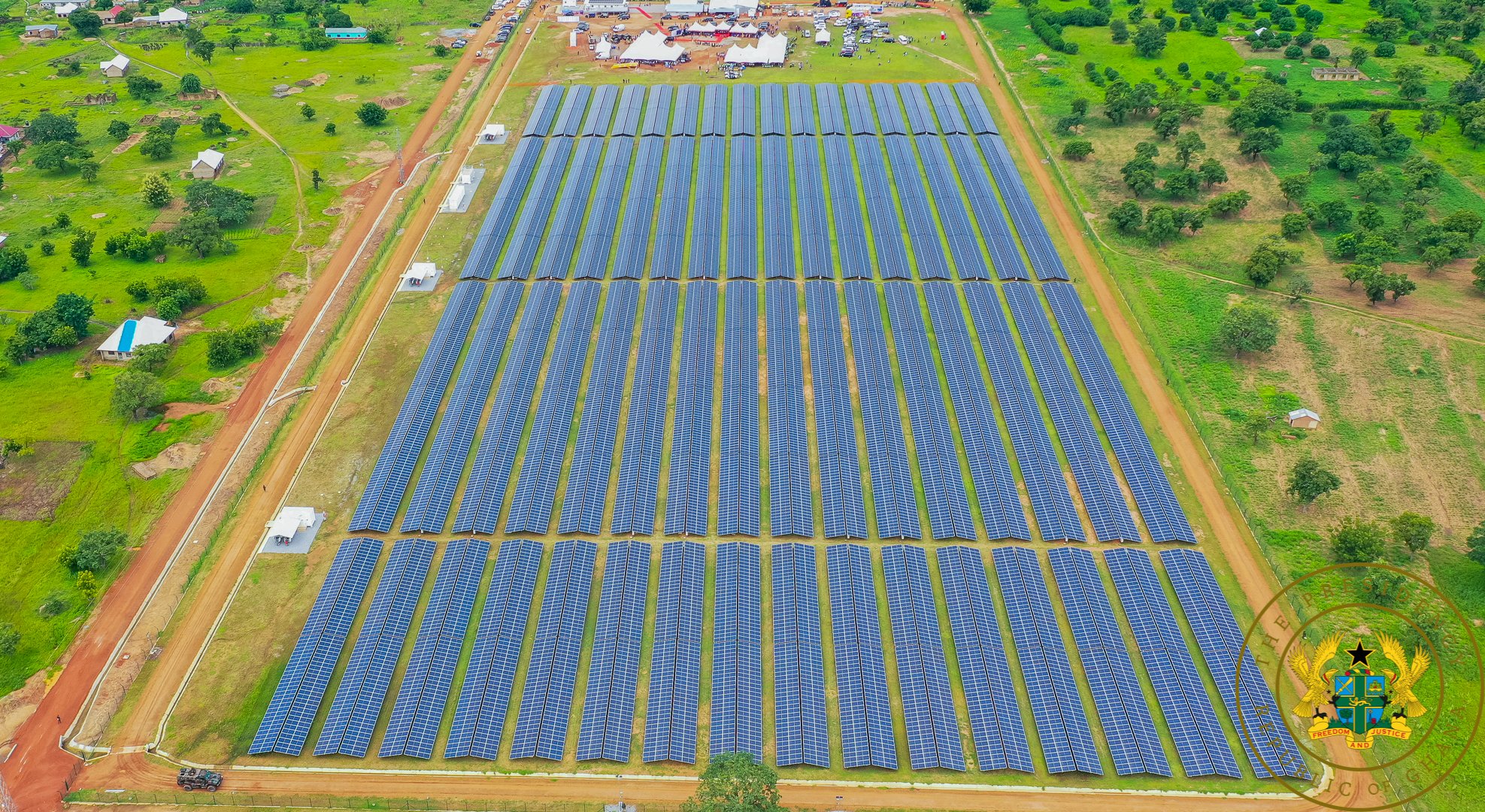 Funded by the German Development Bank (KFW), the project - a collaboration between the government of Ghana and the Volta River Authority (VRA) - will supply power to 32,000 households in the region.

Together with the Lawra solar project commissioned by the President last year, the systems will provide a combined generating capacity of 22.8 megawatt peak, and will complement the national grid in Wa to provide efficient and reliable power for the region.

This brings to three the number of solar power plant projects in the northern part of the country after an earlier one by the VRA in Navrongo in the Northern Region in 2013.

In his address, President Akufo-Addo said the government was committed to diversifying the national energy portfolio with the introduction of renewable sources.

Diversification of renewable sources, he said, was to mitigate the effects of climate change by reducing carbon footprint with the increase in non-fossil fuel generation.

He noted that the government was also doing that to move the concentration of power generation since the hydro system was introduced in the 1960s and 70s, and the thermal in the 90s from the southern and middle belts of the country.

“Since 1961 when the country started commercial production of electricity, almost all the generation assets, with the exception of the Bui hydro power plant, have been located in the middle and southern parts of the country,” he said. 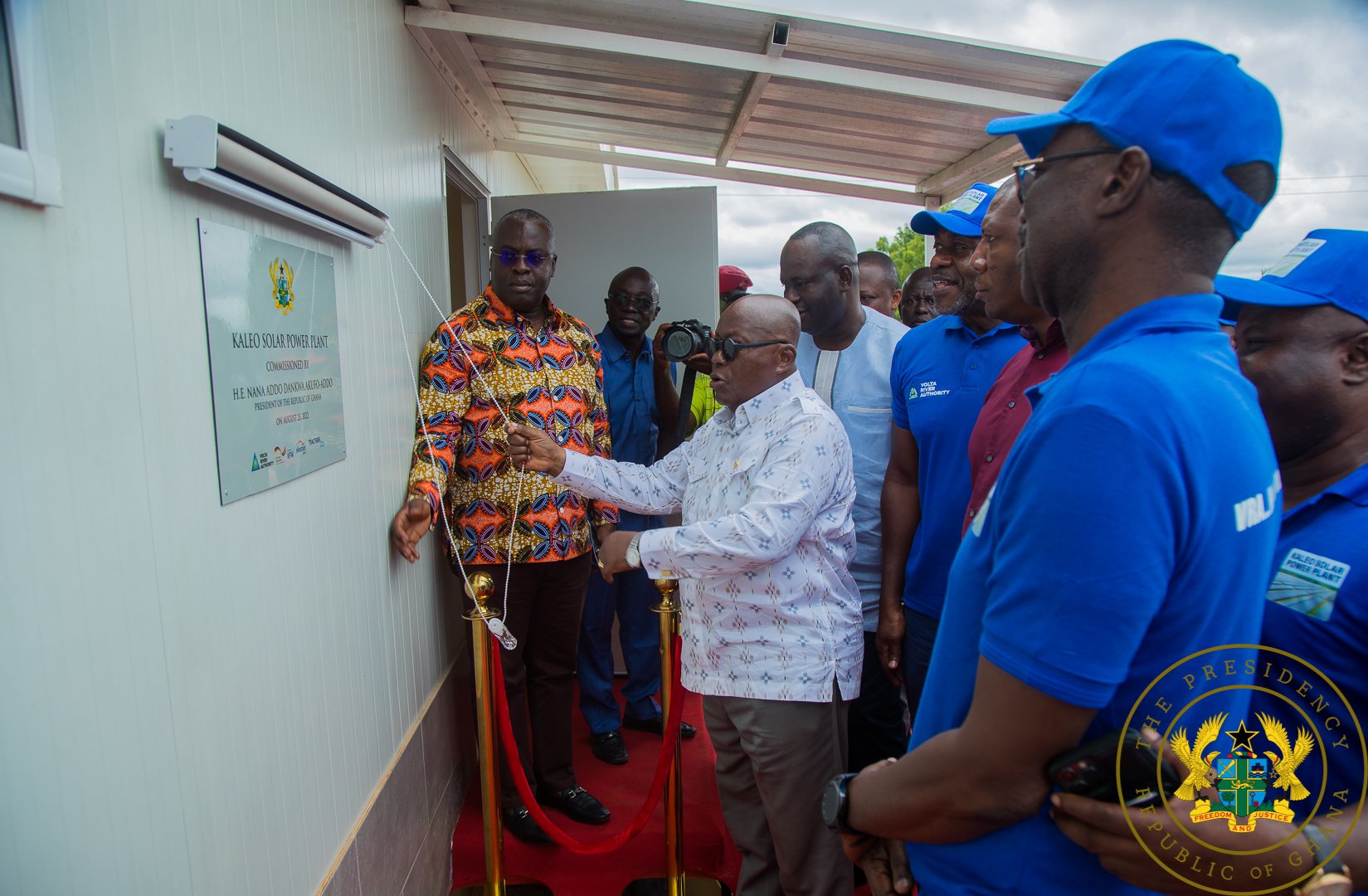 The President said the government had invested heavily in the electricity transmission network to enable the country to evacuate more renewable energy through the national grid to support the extension of electricity to all parts of the country.

He said for that reason, Kaleo had a dedicated transmission line that would evacuate power from the current and future solar capacity to the Ghana Grid Company (GRIDCo) sub-station in Wa.

He said the government had taken it upon itself as part of the development trajectory to bring some of those sources closer to the north to open up additional opportunities in all parts of the country.

The President was expectant that with the project in the community, “corporate social responsibility programmes for Kaleo and its environs will be enhanced through the provision of social amenities by the appropriate authorities in many forms”.

He expressed the hope that the projects would stimulate socio-economic activities and bring about an improvement in the lives of the people.

He also expressed the hope that the site would equip students of the various tertiary institutions with the knowledge and application of solar energy.

The Minister of Energy, Dr Matthew Opoku Prempeh, observed that with the commissioning of the project, the country had assumed the role of the leader in the provision of modern renewable energy in West Africa.

He pointed out that it was the government’s desire to complement the existing hydro and thermal systems to provide efficient and reliable energy to the country.

The Board Chairman of the VRA, Kofi Tutu Agyare, said they would manage the projects and ensure self-sufficiency in the area of clean and renewable energies to satisfy the needs of the country.

The President of the Regional House of Chiefs, Naa Dikomwine Domalae, thanked those who released land for the project and appealed for employment for the local folk.

The President had earlier inspected ongoing works at the Wa Shopping Centre, a World Bank project, and the progress of work on an Agenda 111 hospital facility at Issa in the Daffiama/Bussie/Issa District.

He expressed delight that both projects were progressing steadily, with workers and the contractors busy on the sites.

He later paid a courtesy call on the Issa Naa, Naa Yelekuang Bawiele, and gave an assurance that the government was determined to share the national cake equitably to improve the living standards of the people.