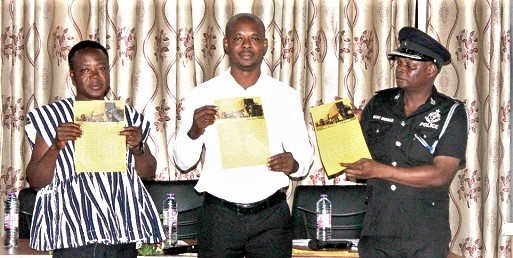 The Peasant Farmers Association of Ghana (PFAG) has appealed to the government to support its members against the prevailing economic hardship in the country.

According to the association, the situation had impacted negatively on the members’ operations, for which reason the government must go to their aid to save their farming businesses from collapse.

"We are sad and disappointed with the government's posture and unsatisfactory measures to lift us out of the current challenges,” it added.

The President of the PFAG, Awal Wepia Addo, made the appeal at the launch of a road safety tip flyer for agricultural produce truck drivers and policemen in Accra yesterday[August 23, 2022].

Present at the launch were stakeholders, such as Oxfam Ghana, the Ghana Private Road Transport Union (GPRTU) and the Cargo Drivers Association.

The initiative, which was launched in collaboration with the Police Service, is aimed at reducing confrontations between the two parties with regard to the transportation of food.

The flyers, which will be distributed to farmers, truck drivers and policemen, will contain information on the do’s and dont’s for truck drivers.

Mr Addo said farmers were faced with increasing prices of inputs and machinery, which was not only reducing yields but also putting some members out of business.

"It will surprise you to note that our crop budget for an acre of maize, which used to be around GH¢1,700 in 2021, has jumped to an unbelievable GH¢5,000 for this planting season," he said.

He said the government’s inability to address those challenges was partly due to improper diagnosing of the problem facing peasant farmers in the country.

According to him, a proper assessment of the situation would reveal that it was not greed for profit that was causing the high commodity prices but the increasing cost of production, which he said was forcing farmers and traders to transfer their production costs to consumers.

Mr Addo further called for an emergency stakeholders’ meeting to review the various farming initiatives of the government to ensure an all-inclusive approach to agriculture to ensure food security in the country.

An official of Oxfam Ghana, Martha Rainer Opoku Mensah, said the road safety initiative was in line with the objectives of the NGO to reduce inequalities and end poverty around the globe.

“We are taking the necessary steps to ensure that peasant farmers who produce the food that we eat are not further impacted by the inequalities they currently face and also widen the poverty gap that already exists,” she added.

The Director of Operations at the MTTD, Chief Supt Dr Samuel Sasu-Mensah, who presented details of the manual, urged all parties involved to comply with the contents of the document, saying “policemen are your friends; we are here to protect you”.