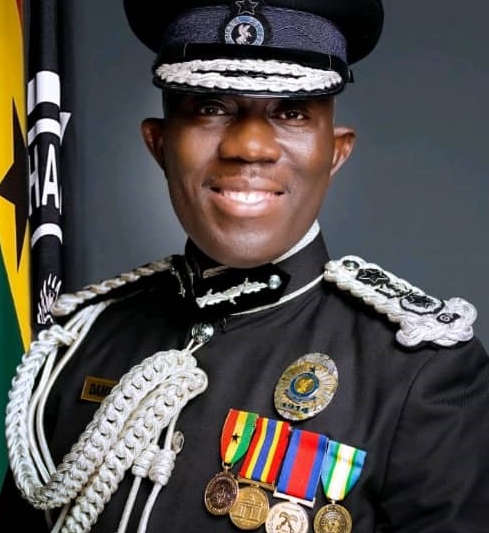 The Ghana Police Service has submitted data on about 18,000 convicts into an electronic police data exchange system aimed at combating transnational crime in West Africa.

The data, captured since 2016, have been inputted into the West African Police Information System (WAPIS) database for use by other agencies in Ghana and other West African countries.

Agencies such as the immigration service and other law enforcement organisations can rely on the system to check the background of persons and profile suspects.

The acting Inspector General of Police (IGP), Dr George Akuffo Dampare, disclosed this in a speech read on his behalf by the Director-General of the Criminal Investigation Department (CID) of the Ghana Police Service, Commissioner of Police (COP) Isaac Ken Yeboah, at the opening of a WAPIS regional training programme in Accra yesterday.

The training on quality of data brought together selected law enforcement officials from Ghana, Sierra Leone, Liberia, Nigeria and The Gambia.

The WAPIS programme is funded by the European Union (EU) and implemented by Interpol, with political and strategic support from the Economic Community of West African States (ECOWAS).

The programme is aimed at making a central, computerised system available to law enforcement services, pooling resources and allowing police information to be collected, organised and shared in real time.

Dr Akuffo Dampare said apart from helping its users to fight transnational crime, the WAPIS also serves as a tool for combating terrorism through enhanced police information management and sharing.

He pledged Ghana's commitment to the effective implementation of the WAPIS programme to help combat transnational organised crime.

In line with this, the acting IGP said the Minister for the Interior, Mr Ambrose Dery, in April this year signed a memorandum of understanding for the implementation of the programme as recommended by the fifth steering committee of ECOWAS.

The Representative of ECOWAS in Ghana, Mr Baba Gana Wakil, said one of the main challenges in fighting transnational organised crime in West Africa had been the lack of appropriate infrastructure to collect, store, manage, analyse and share criminal data among the law enforcement agencies at national and regional levels.

To address some of the challenges, the ECOWAS Commission and Interpol, with funding from the European Union, launched WAPIS in Abidjan, Cote d'Ivoire in September 2012.

The programme, he said, continued to receive the buy-in of governments in member states and data collection and registration centres had been established in Benin, Ghana, Mali, Niger and Nigeria, with others in the offing.

However, Mr Wakil said implementation of the programme had not been smooth as it had been adversely impacted by the COVID-19 pandemic, with its attendant travel restrictions.

Also, the absence of a standing budget in member states had affected the continuous operations of the WAPIS system after the implementation stage.

He, therefore, appealed to the EU to consider extending funding of the programme, which was expected to end in 2022, for at least 24 more months, to ensure its successful implementation in all the ECOWAS member states.

“This calls for the collection, analysis and dissemination of quality data to provide the needed quality data to assist law enforcement officers in the performance of their duties,” she said.