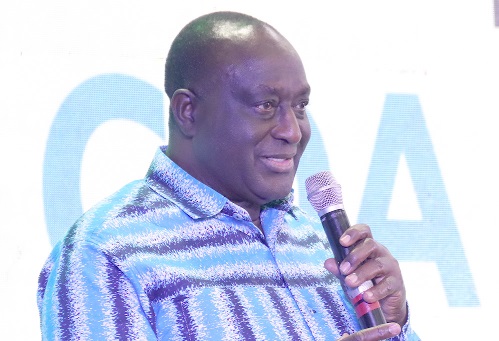 Ghana stands to realise more than $30 billion annually from medicines produced from natural plants. The windfall is expected to provide treatment for some diseases the world is struggling to treat and also bring economic relief to the country.

The Founder and Chief Executive Officer of COA Research and Manufacturing Company Limited, Professor Samuel Ato Duncan, made this known at the relaunch of COA mixture in Accra.

"The hint is that COA research and manufacturing company is close to a breakthrough, and if successful, Ghana will benefit immensely," he stated.

He, therefore, called on the government, research institutions as well as investors to join hands to enable the company to carry on the vision into reality.

Prof. Duncan stressed the need for health to be given critical and serious attention globally since it was one of the major areas that affected global peace.

“Once you are sick, your peace is affected. Diseases are killing people more than wars. Even though death is inevitable, some deaths are untimely,” he stated.

Citing examples, Prof. Duncan, who was speaking during the relaunch of COA Mixture, a general well being medicine manufactured by COA Research and Manufacturing Company Limited, said during the Ebola outbreak, 28,616 cases were recorded out of which 11,310 died in Guinea, Liberia and Sierra Leone.

Furthermore, he said, an approximately 6.3 million people had died untimely from COVID-19 as at May 21, 2022 adding that the World Health Organisation had estimated that 296 million people were living with chronic hepatitis B infection in 2019 with 1.5 million new infections each year.

“In the year 2000, an estimated 19.3 million new cancer cases and over 10 million cancer deaths were recorded,” he added.

He, therefore, asked for research into finding remedies to illnesses to be encouraged and supported.

The General Secretary of the Ghana Medical Association, Dr Titus Kofi Beyuo, expressed delight with the collaboration with the company adding that, “we are mindful of the fact that we are in era of evidence based” and commended the company for the scientific method used in the production of the medicine.

“Prof. Duncan has set the pace that must be followed. Once it is tested and proved good we will all take it. Once you produce products of righteousness, we will accept.”

He said there was no conflict between orthodox and traditional medicine, stressing that so long as all methods had been followed, there wouldn’t be a problem.

The Board Chairman of the company, Daasebre Kwebu Ewusi VII, stated the commitment of the company towards the growth of plant medicine in the country.

Making a presentation on COA Mixture, Dr Kofi Donkor of the Centre for Plant Medicine Research, Akuapem Mampong, said various tests of the medication carried out on animals for six months, showed that it did not affect their internal organs.

He said this, therefore, meant that when humans take the medication, it would not affect them in any way.