One dead, 3 injured in highway robbery on Subinso No 2- Nchiraa road 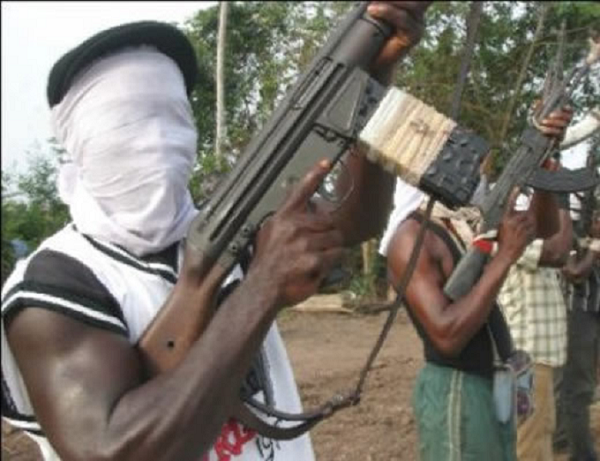 Highway robbers attacked a taxi on the Subinso No 2-Nchiraa road in the Wenchi Municipality last Saturday killing a passenger and injuring three others.

The deceased has been identified as Erica Adufah, 25, a nurse working with the Nchiraa Health Clinic.

A victim in the incident, Ofosu Nuamah, alias Seniorman who is a mason aged 50, who is on admission at the Wenchi Methodist Hospital, told journalists that the incident occurred at about 8 p.m.

He said he and his apprentices had gone to Subinso No. 2 for an assignment and on completion had hired the taxi to take them back to Nchiraa, a distance of about 15 kilometres since it was late and night had fallen.

Mr Nuamah said even though the taxi was full, the deceased, who was the only one at the lorry station at the time and was on her way to work, had to be accommodated.

He said about five kilometres into the journey, some men on two motorbikes and using flashlights ordered the taxi to stop.

"Initially, I thought they needed help but they began to shoot indiscriminately when we got closer," he said.

He said in the course of the shooting, a bullets pierced his hand which was placed on the passenger door and hit the nurse.

Mr Nuamah added that he was thereafter forcibly pulled out of the taxi by the robbers who searched his pockets as he feigned to be dead so his life could be spared.

According to him, after a little over 30 minutes when the robbers had departed, a "Good Samaritan" who chanced on the scene, picked them up and sent them to the Subinso No. 2 Health Centre before they were referred to the Wenchi Methodist Hospital for further treatment.

The Medical Director of the Wenchi Methodist Hospital, Dr Oman Abraham, said he called for duty moments after the victims had been referred to the hospital.

He confirmed that a victim in the robbery incident had died, adding that the condition of three other victims were very critical and had to be rushed to the Komfo Anokye Teaching Hospital in Kumasi for further treatment.

The three, he said, had been identified as Ofosu Nuamah, Sampson Sonyam, and Stephen Amoah.

As at the time of filing this report, efforts were being made to get the police at Wenchi for their take on the incident.