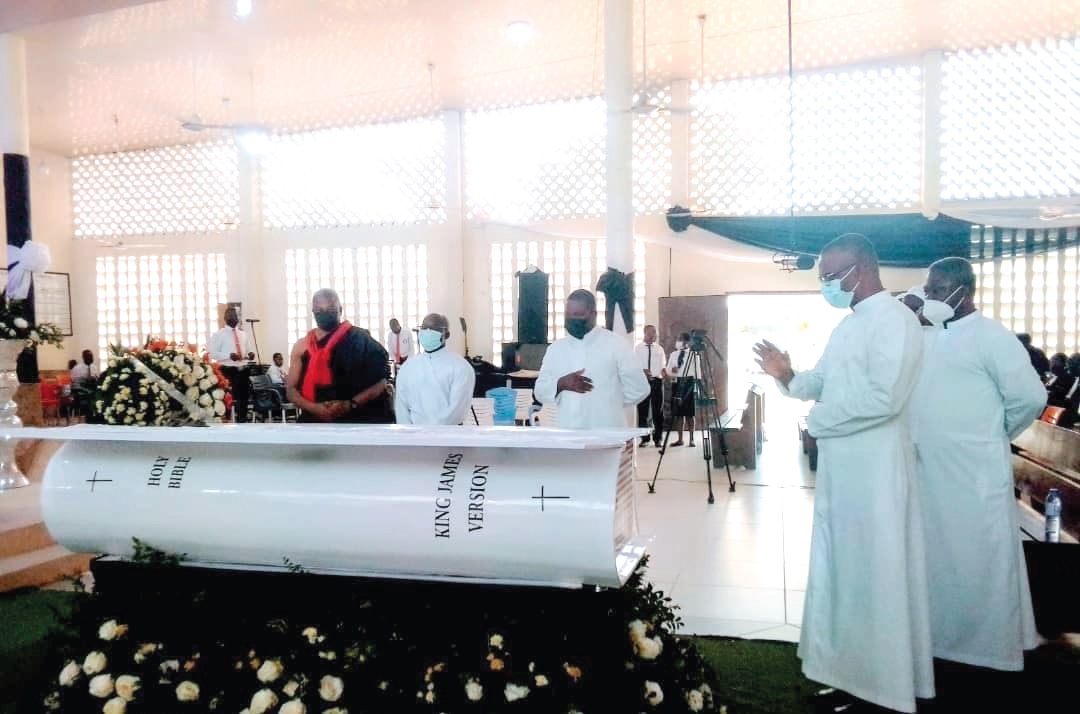 Scores of Ghanaians paid their last respects last Saturday to the immediate past Moderator of the General Assembly of the Evangelical Presbyterian Church, Ghana, Rt Rev. Dr Seth Senyo Agidi, whose leadership is said to have left an indelible print on the history of the church.

The late Rev. Dr. Agidi was mourned by distinguished personalities, among them the clergy, politicians, journalists and others during a burial service held at the Dela Cathedral of the EP Church in Ho.

The former Moderator died on October 10, last year at the age of 65.

“He made theological education and ministry training available to all, and did well to promote additional training opportunities for pastors. This enabled many to be well equipped in ministry and service and also empowered for witness and mission in a changing world. It will interest you to know that about eight pastors completed their doctoral studies during his tenure of office,” the EP Church said in a tribute.

“In the passing of Rt Rev. Dr Agidi, the world church and more importantly, the Evangelical Presbyterian Church, Ghana family has lost a great leader who exemplified sacrifice, modeled servant leadership and who, to his last moment, remained faithful even in his trying illness,” the church added.

Many of those who eulogised Rt Rev. Dr Agidi described him as approachable, astute and humble.

The Moderator of the Church, Rt Rev. Dr Lt Col B.D.K. Agbeko (retd), prayed for strength for the church and the family of the late Moderator, saying, "I believe that the death of our former leader doesn't mean God has deserted us. God is still with us. It is for us also to cry out to God and allow him to speak for all solutions to bow".

The Rt Rev. Agidi demonstrated a passion for the less-privileged by establishing the Shepherd's Centre of Ageing to cater for the elderly who might have been left to their fate with little or no assistance.

The centre, established in 2004 as a non-governmental organisation, now has over 200 satellite centres in both the Volta and Oti regions.

The widow, Mrs Madeleine Akpene Kadji Agidi, described her late husband as her safety, comfort, and an irreplaceable partner, while their four children described him as a true family man who ensured that their personalities and outlook were well balanced.

He was ordained as a Minister of the church in 1989, and had served the church in different capacities, including as a Moderator of the Church from 2015.