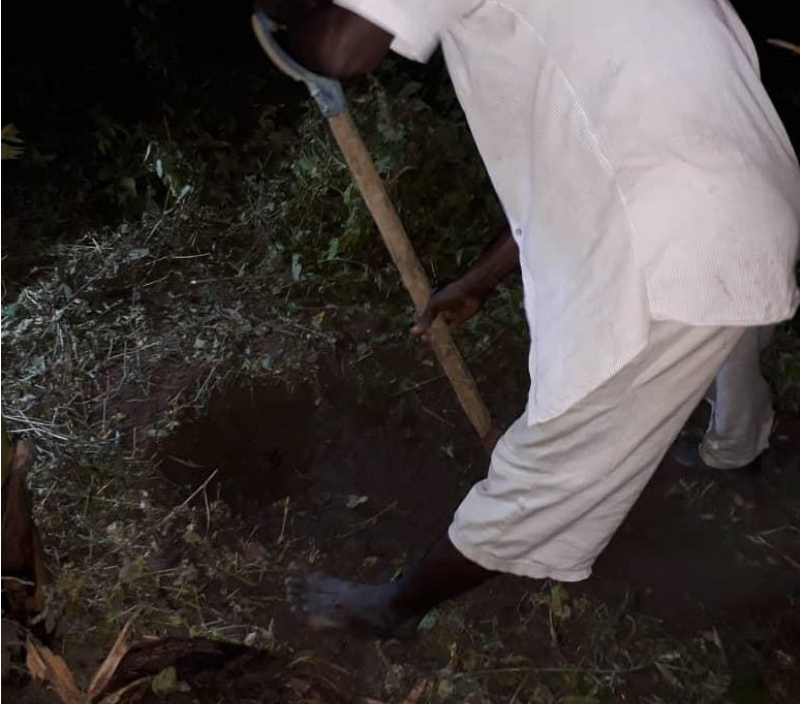 A father of five, who is alleged to have buried his physically challenged child alive at Breman Brakwa in the Asikuma-Odoben Brakwa District in the Central Region, has been remanded by the Breman Asikuma Magistrate Court.

Paul Adobaw, aka Kojo Okor, is said to have buried the 18-month old child, Yaw Adobaw, under the direction of a supposed prophetess, Ama Nkansah, who is on the run.

The police say they are making efforts to arrest the said prophetess.

Meanwhile, Adobaw is to reappear at the court presided over by Ms Araba Nunoo on August 31, 2021.

The Central Regional Police Public Relations Officer (PRO), Deputy Superintendent of Police (DSP) Irene Oppong, said one Abubakari Mohammed, aged 59, of Awoyo Street at Breman Brakwa, accompanied by one Kwesi Afriyie, reported to the Brakwa Station that at about 12.30 a.m. on the same day, Mohammed had seen Adobaw and some two women digging the ground behind their house while one of the women held a child.

Adobaw happened to be Mohammed’s landlord.

According to the police, when Mohammed enquired about what they were doing, Adobaw told him they were carrying out a traditional rite.

Mohammed, however, discovered later that the trio had buried the child at the spot, DSP Oppong said.

DSP Oppong said the police arrested Adobaw, and together with Mohammed they went to the scene of the incident.

She said the police found a grave covered behind the said building.

She said the police instructed Adobaw to open up the grave and the body, Yaw Adobaw was found in it.

The body was exhumed and washed. Upon careful inspection by the police, it was found that blood had oozed out of the nostrils and mouth.

The body has since been deposited at the mortuary of the Our Lady of Grace Hospital at Breman Asikuma for preservation and autopsy.

DSP Oppong said preliminary police investigations revealed that Adobaw was married to one Yaa Atta at Brakwa, with whom he had five children. Eighteen-month-old Yaw Adobaw was their fourth child.

However, Yaw had not been able to walk since birth, on which basis the father consulted Prophetess Ama Nkansah at Gomoa Eshiem.

The police said Nkansah was said to have told Adobaw that the baby was a spirit child from a river, and that if he did not return the baby to the river gods, he would continue giving birth to such babies.

DSP Oppong said on the day of the incident,  Adobaw and the prophetess sent the baby to the backyard of the house near the Gyankobeng stream, dug a grave, performed some rituals on the child and buried him alive.