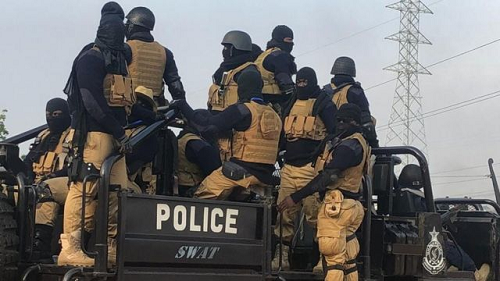 Lawyers of victims of the 2019 Ayawaso West Wuogon (AWW) by-election shooting incident have halted the payment of compensation to them by the Ministry of National Security on behalf of the government.

The lawyers, Mr Abraham Amaliba and Victor Kwadjoga Adawudu, urged the ministry to put the payment on hold for further negotiations with their clients.

The Ministry of National Security yesterday invited some of the victims of the 2019 Ayawaso West Wuogon by-election shooting incident to hand over compensation packages to them.

However, before the Chief Director of the ministry, Col Ababio Serebour (retd), could hand over the compensation packages, the lawyers of the victims claimed they had reservations towards the processes and wanted it halted.

They explained that their clients had been invited by the officials of the ministry for “what they thought was the beginning of negotiations on the compensations due them only to be told after arriving at the ministry that they were going to receive compensations”.

Mr Amaliba said the lawyers of the victims and the victims had not been engaged in any way.

He said the engagement of the clients or their lawyers would ensure transparency.

He said the victims had sustained different levels of injuries and could not be treated homogeneously.

“As we speak, two of them are ‘vegetables’ and cannot do anything for themselves at all. They have wives and children and families to take care of but they have been unable to work and earn a living since the incident,” Mr Amaliba said.

For his part, Mr Adawudu asked for a few days for the lawyers to engage officials of the ministry on the compensation packages.

After listening to the lawyers, the Chief Director, Col Serebour, granted the request of the lawyers, and the two parties agreed to reschedule the payment of compensations for Thursday.

Before then, the two parties had agreed to meet for negotiations where the ministry would take the lawyers through the compensation process and what was going into it.

The Chief Director also said the payment of compensation to the victims would put finality to the Ayawaso West Wuogon by-election incident.
Col Serebour agreed that it had taken some time to come to the conclusion because of the processes involved with a lot of back and forth at the Ministry of Justice and Attorney General's Department.

He said the commission set up by the government following the by-election incident had recommended eight persons as qualified for compensations.

Out of the number, the Chief Director said, five of them had survived personal injuries, while three suffered property damages.

So far, he said, only six had been assessed thoroughly to ascertain the extent of personal injury and property damage they had sustained, while the other two were yet to be identified and assessed.

However, only four out of the six were at the meeting.
Col Seriboe said the payment of the compensation was based on an established procedure for computing compensations by the Ministry of Justice and Attorney General’s Department.

He said the Minster of National Security, Mr Albert Kan-Dapaah, had also beefed up the compensation packages for the victims.

One of the victims, Mr Mohammed Alhassan, recounted how he was assaulted during the incident about three years ago.

He now moves with the help of walking clutches and said he had to rent out his room and live with his family in the porch of a friend.

“When it rains heavily we are unable to sleep. This is all because l am unable to work now and take care of my family,” Mr Alhassan said.

He said he now lived on the benevolence of friends and family members.

According to him, some of the victims were scheduled for more surgeries, some had been incapacitated for life, another was suffering stroke and one person dead as a result of internal bleeding caused by gun-shot wounds.

The Ayawaso West by-election took place on January 31, 2019 after the death of the incumbent member of parliament (MP), Emmanuel Kyeremateng Agyarko, on November 21, 2018.

Violence erupted in the area of the La-Bawaleshie polling station two hours after the election had started, though there was no death recorded there where casualties.

In the melee, the Ningo-Prampram MP, Mr Sam George, was assaulted and media reports indicated that 18 people were wounded by gunshots.

The perpetrators were masked, allegedly men from the National Security Operative.

In February 2020, a three-member commission was established by the government to investigate the violence during the by-election.

The need to pay compensation is based on the recommendations of the commission.