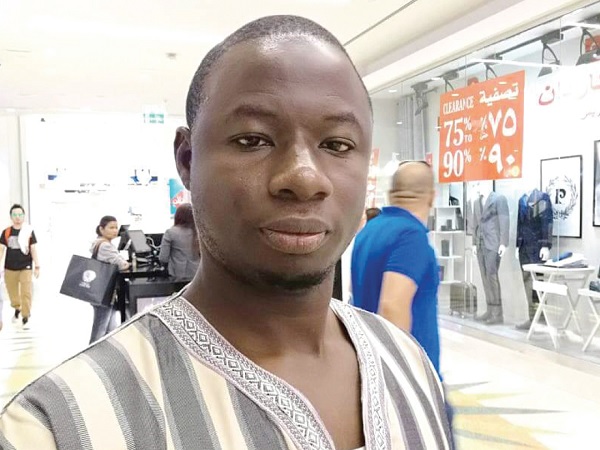 THE Ghana Journalists Association (GJA) has expressed worry over the inability of the state to arrest and prosecute the killers of Ahmed Suale.

“We are saddened by the deafening silence and lack of action by state authorities responsible for law enforcement to bring the perpetrators of Ahmed Hussein Suale's murder to book.

“The media fraternity and human rights activists are bitterly worried that four years after the assailants dastardly snatched the budding life of Ahmed, the law enforcement agencies are yet to officially inform the nation and the family of their investigations.

“As an association, we find the delay in arresting the killers of Ahmed Suale as a blot on the security agencies,” a statement issued by the GJA said last Tuesday.

Murder
Ahmed Suale, 31, an investigative journalist, worked with Tiger Eye PI, the investigative firm established by Anas Aremeyaw Anas, known for its use of undercover journalistic methods to expose corruption and other ills in society.

His murder in Accra in January 2019, sent shock waves across the media landscape and scared many journalists, who openly expressed fear for their lives.

That singular incident changed the face of investigative journalism in the country and suppressed the nation’s long touted safe environment for the practice of journalism.

It also highlighted other attacks on journalists by a section of the public in the discharge of their duties and amplified discussions on the safety of journalists in the country.

Before the murder, Ghana was ranked first in Africa on the annual Reporters Without Borders Press Freedom Index for 2018, and 23rd out of 180 countries, but the nation has since lost its top position after the murder.

The Minister of Justice and Attorney-General, Godfred Yeboah Dame, at a forum organised by the Media Foundation for West Africa, also expressed concern over the delay in arresting the perpetrators.

Also at the Annual GJA Dinner Night on December 21, 2022, in Accra, President Nana Addo Dankwa Akufo-Addo, gave an assurance that the murderers would be brought to book.

Concerns
The statement further said that although the association had in the past engaged the Police Administration and other key stakeholders on the murder, “it appears the case is gradually being pushed into the files of ‘cold’ cases; this is unfortunately unacceptable.

The association, therefore, called on the police to expedite action on the case.