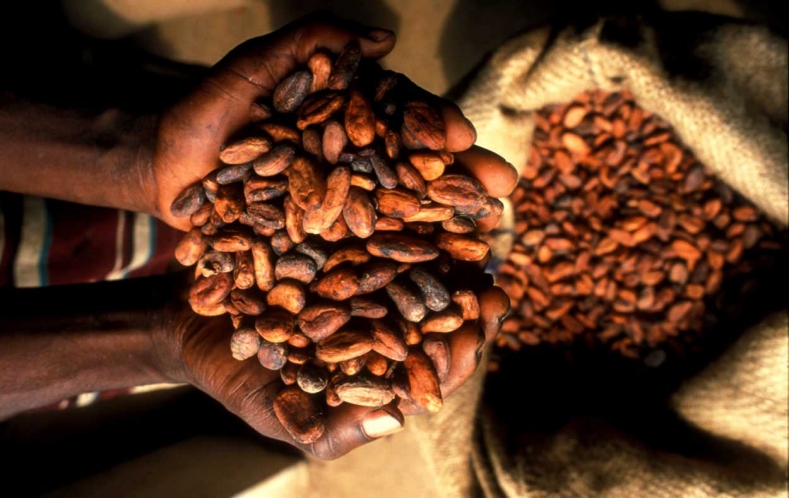 Ghana and Cote d'Ivoire have resolved not to sell their cocoa on the international market if they fail to obtain proposed price for the produce.

The two countries, which supply more than 65 per cent of the world’s cocoa beans, are proposing a floor price of $2,600 per tonne, below which neither of them would sell their cocoa beans on the global cocoa market for the 2020/2021 crop season until further notice.

The measure is to pay cocoa farmers realistic prices and give them a fairer share of the $100 billion industry that exists on the back of cocoa production.

A highly placed source at the Ghana Cocoa Board (COCOBOD) told the Daily Graphic in confidence that the decision to suspend the sale of 2020/21 cocoa beans and the proposal on a floor price were announced yesterday by a joint committee of experts from the two countries to representatives in the cocoa value chain, drawn from traders, processors and chocolate manufacturers, among others.

The source said the two decisions were made during a presentation to the stakeholders that bordered on the need for cocoa producers, not third parties, to have a bigger say in how much the bean was sold for.

The presentation was done in camera to the stakeholders at the two-day engagement on income for cocoa farmers in Accra, who were drawn from all over the world. The conference focused on cocoa price and the sustainability of the industry.

As part of the agenda for the two-day forum, the Daily Graphic was further informed that officials of the Ghana Cocoa Board (COCOBOD) and its Ivorian counterpart, the Le Conseil du Cafe-Cacao, will formally communicate the decisions today.

At the time of the proposal of a floor price, cocoa was selling at a little over $2,500 per tonne.

The source said the stakeholders requested for more time to study the floor price proposal before arriving at a conclusion, a request the COCOBOD and Le Conseil du Cafe-Cacao, turned down.

The two-day meeting brought together the global cocoa economy to have a dialogue on a subject that affects the foundation of the cocoa supply chain.

It is being attended by the ministers of Agriculture of Ghana and Cote d’Ivoire, members of the Diplomatic Corps, the CEO of the COCOBOD, the Director-General of Le Conseil Du Café-Cacao of Cote d’Ivoire, the leadership and representatives of global cocoa and confectionary companies, manufacturers, producers and retailers in the cocoa industry.

The decision to suspend sales means that until the suspension is lifted, the global cocoa market will be short of a minimum of 65 per cent of the beans supplied – a move that could have dire consequences on the fortunes of global cocoa processors, cocoa-sourced confectionery and chocolate manufacturers and traders of the crop.

Earlier, the Chief Executive Officer of COCOBOD, Mr Joseph Boahene Aidoo, explained on the sidelines of the conference that the two countries had put in place an emergency arrangement to deal with any repercussions that would arise from their decisions.

Mr Aidoo said cocoa farmers in Ghana and Cote d’Ivoire could not continue to invest in the industry in the face of the continuous fall in the price of cocoa.

To that end, he said, Presidents Nana Addo Dankwa Akufo-Addo and Alassane Ouattara of Cote d’Ivoire decided to take a second look at cocoa prices to enable cocoa farmers to earn enough.

“If we do not get fair floor prices for the cocoa we measure for them, then we will not sell our cocoa, and when we take that decision, it will definitely come with its repercussions,” Mr Aidoo stated.

The Vice-President, Dr Mahamudu Bawumia, in a keynote address, explained that under the supply chain in the cocoa sector, every stakeholder was expected to receive commensurate remuneration for their labour and capital investments.

He said the chain ran from landowners, farmers and farm hands to cocoa buying agents, transporters and processors or grinders to manufacturers, who added value to the produce along each stage of the chain.

“The phenomenal growth in the end uses of cocoa, from food products, cosmetics, pharmaceuticals, among other benefits, has created wealth along the entire chain, but the question is whether the wealth is distributed fairly along the chain,” he said.

So far, Dr Bawumia said, the evidence was that wealth distribution along the supply chain was uneven, while poverty levels among cocoa farmers, who were at the root of both the supply and the value chain, continued to raise concerns.

“The irony here is that the primary risk takers are also the helpless price takers,” he added.

He observed that farmers, particularly most cocoa farmers, started farming in their 20s or early 30s and continued well into their 70s and in most cases retired without any official pension.

“It is this persistent disadvantaged position of the farmer that has given rise to concerns about sustainability, but the nature of the concern about sustainability seems to vary, depending on whether you are a farmer, consumer, trader, processor or manufacturer,” the Vice-President said.

“For farmers, sustainability includes being paid a price that can guarantee a ‘living income’ that makes it possible first to sustain their families; second, to continue to invest in the farming enterprise and also enough to attract the next generation of farmers,” he added.

Regardless of where you were in the supply chain, he said, a thriving cocoa value chain was one that offered shared benefits and, therefore, it would serve the collective interest of all stakeholders to ensure a fair distribution of the benefits along the value chain.

“It is to this end that our governments (Ghana and Cote d’Ivoire) have agreed that we offer the farmer a fair share of the wealth that the industry generates. We must do this for good reason. The social and economic status of the average cocoa farmer in Ghana and Cote d’Ivoire is not attractive to the next generation of cocoa farmers. This puts the industry at substantial risk to the national economy, both in its contribution to employment and Gross Domestic Product (GDP),” he said.

The Minister of Food and Agriculture, Dr Owusu Afriyie Akoto, said many cocoa farmers were preventing their children from taking to the vocation because it was not rewarding.

For his part, the Cote d’Ivoire Minister of Agriculture and Rural Development, Mr Mohanadu Songa Coulibali, who spoke through an interpretor, gave the background of events leading to the meeting, saying: “In March last year, the governments of Ghana and Cote d’Ivoire came out with a declaration to work for better remuneration for farmers in both countries.”

He said the sustainability of cocoa production was paramount but that could only be achieved when all stakeholders in the value chain were treated fairly.