Digitalisation drive: All must be on board — Prof. Bokpin 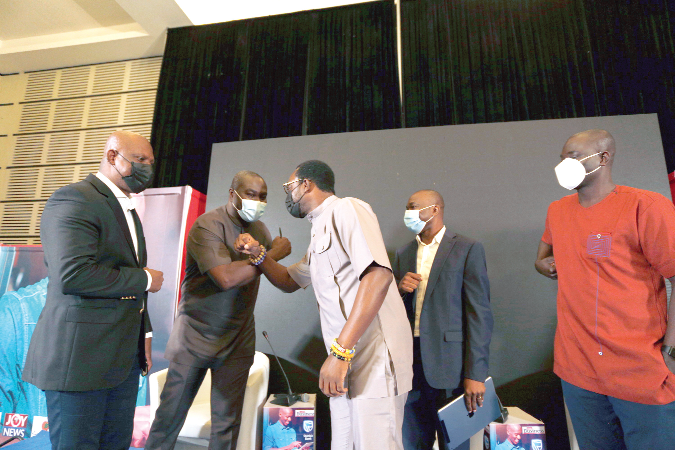 A professor of Economics at the University of Ghana Business School, Professor Godfred Bokpin, has stressed the need to ensure inclusiveness in the country’s digitalisation agenda.

He said the Ministry of Communications and Digitalisation must play a leading role to ensure a level playing field for all.

“We should be looking at inclusivity as we go along, and the Ministry of Communications must play a leading role in levelling the playing field to ensure that no one is left behind,” he stated.

Prof. Bokpin was speaking at the Graphic Business/Stanbic Bank Breakfast Meeting, which was held at the Labadi Beach Hotel.

The meeting was held on the theme: ‘Digitisation: The key to unlocking the Ghanaian dream’.

He said although digitalisation was very important, it was one of the tools that could worsen inequality, something that had played out in Ghana recently.

“COVID-19 came and the universities, as a result of a directive from the government, had to migrate online, but not all our students had access. Even if you look at the digital divide between the urban and the rural areas, it’s too wide,” he stated.

He said even though the country had taken a giant leap in terms of digitalisation, in terms of the employment share, it needed to be scaled up.

The professor of Economics also called for the use of a lot more digitalisation in Ghana’s tertiary education space to ensure that graduates who exited did so with the necessary digital literacy and a digital body language.

“When you look at digitalization, the world has moved on and COVID-19 has fast-tracked the arrival of the fourth Industrial Revolution. The next work environment will be more working from home, so we should be looking at equipping our students and graduates with the necessary digital skills to be able to compete,” he opined.

“We are not only talking about the Ghanaian economy but also an economy that is in excess of $2.6 trillion within the context of the operationalisation of the AfCFTA. So we should be looking at the bigger picture and whatever investment we are making today should be in the context of Africa and produce graduates who will leverage the job opportunities on the continent,” Prof. Bokpin explained.

The Chief Executive Officer (CEO) of payments and e-commerce company, Hubtel, Mr Alex Bram, also speaking at the meeting, said there was a lot to be proud of in the country’s digitalisation drive, but added that there was also a lot to be done.

“We are one of the first African countries to adopt mobile telephony, and if you look at what we have also been able to do with the adoption of mobile money and how it is changing the economy, we have so much to be proud of,” he said.

The CEO of Hubtel said a lot had been done to digitise the economy and the benefits were visible.

“The more we digitise, the more the economy will grow and create new jobs and new ideas from businesses,” he noted.

Mr Abram, however, pointed out that 60 per cent of the Ghanaian population was still not connected to the Internet, which was a major challenge.

“Data from our two experiences with mobile telephony and mobile money suggest that if we make these systems available, people will adopt them. What it means is that people are not online in Ghana because the Internet is not available. If they make it available, we can see the adoption also going up,” he stated.

The Director-General of the National Information Technology Agency (NITA), Mr Richard Okyere-Fosu, for his part, said it was necessary to encourage the use of crypto currencies, internationally tradeable electronic currencies, in the country.

He said one challenge of the AfCFTA agreement was the means of settlement, as each country had its settlement processes.

“If I had crypto currency, it would make life a little easier, so these are some of the things we should look at; if we encourage that, it will be good for all of us,” he stated.

For him, what needed to be done was the creation of the necessary regulatory environment to back it.

“It is not new that technology often goes ahead of regulation; we all need to work together with the business community and all players to make sure we craft something that will encourage it,” he stated.