Ghana closes its borders for 2 weeks to fight Coronavirus 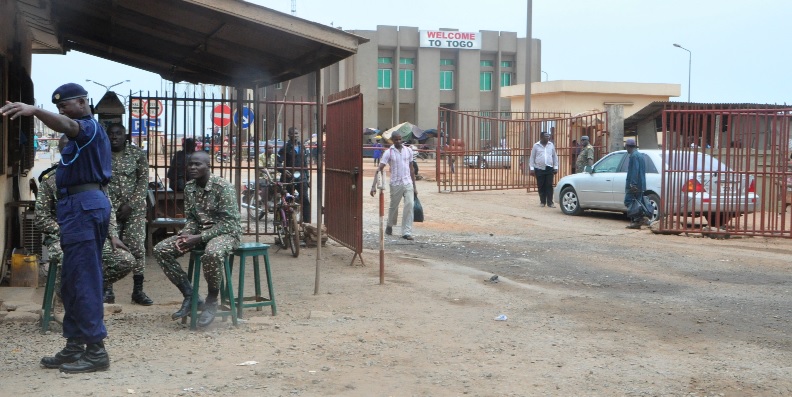 President Nana Addo Dankwa Akufo-Addo has directed the closure of all borders in Ghana — land, sea and air — to human traffic for the next two weeks, with effect from midnight Sunday, March 22, 2020.

He indicated that anyone who arrived in the country after midnight yesterday would be mandatorily quarantined and tested.

The President, however, said the closure would not apply to goods, supplies and cargo.

“All our borders, that is, by land, sea and air, will be closed to human traffic for the next two weeks, beginning midnight of Sunday. Anybody who comes into the country before midnight on Sunday will be mandatorily quarantined and tested for the virus,” he said.

President Akufo-Addo, who was speaking in a nationwide broadcast on the outbreak of the coronavirus disease (COVID-19) last Saturday night, urged everyone to comply with the measures.

Health and security personnel have started enforcing the President’s directive of closing all the borders of the country.

The Daily Graphic observed that passengers who arrived on board Ethiopian Airline flight ET921 at the Kotoka International Airport (KIA) about 11.20 a.m. yesterday were given face masks and hand gloves and allowed to pick up their baggage.

After that, they were transferred to some self-isolation facilities and not allowed to have contact with their families or friends.

Although the passengers and officials supervising the exercise were tight-lipped, the Daily Graphic gathered that some of the quarantine facilities included those designated in Accra and Tema, as well as some hotels close to the airport.

Following the directive, many international flights scheduled to arrive in the country yesterday were cancelled.

They include an Emirates flight from Dubai and South African Airlines flights from Washington, United States of America, and Johannesburg.

It was not clear whether flights such as Air France, KLM, Kenyan Airways, British Airways, Air Cote d’Ivoire, Turkish Airlines and Tap Portugal expected between 6.30 p.m. and 11.25 p.m. yesterday arrived as scheduled.

The border closure is part of enhanced measures the President announced to contain the spread of the COVID-19, two imported cases of which were detected in the country on Thursday, March 5, this year.

As part of the measures, President Akufo-Addo said the Ministry of Health (MoH) would not only step up its contact tracing efforts but also see to it that all persons who had been identified as having come into contact with infected persons were tested for the virus.

He gave an assurance that more personal protection equipment (PPE) was being procured to beef up supplies for front-line health workers.

He also announced that 50,000 additional test kits were expected in the country very shortly, while the MoH was also mobilising new and retired healthcare professionals to augment the country’s preparedness to deal with a possible surge in infections.

He explained that all that the government was doing was intended to achieve five key objectives — limit and stop the importation of the virus, contain its spread, provide adequate care for the sick, limit the impact of the virus on social and economic life and inspire the expansion of the domestic capability, as well as deepen Ghana’s self-reliance.

Last Saturday’s address was the third by the President in the last 10 days to provide updates on the fight against the pandemic.

The virus has so far infected 21 people in the country, with one death.

The outbreak led to the announcement of a series of measures, including tightening screening at the country’s points of entry, social distancing, washing of hands under running water, using hand sanitisers and covering the mouth before sneezing.

When the cases increased to six, the President announced enhanced measures, which included a ban on travels by public officials, a ban on public gathering, quarantine measures for travellers with Ghanaian passports or resident permits from countries with at least 200 reported cases and arrival ban on other nationals coming from those jurisdictions.

President Akufo-Addo was excited about the number of retired healthcare professionals who he said had stepped forward to offer their services.

Similarly, he said, Ghanaian entrepreneurs had also responded to the crisis by producing greater quantities of sanitisers and Veronica buckets.

He reiterated his appeal to members of the pharmaceutical industry to scale up the domestic production of pharmaceutical products and assured them of the government’s support in that regard.

The President was full of praise for workers at the forefront of the fight against the COVID-19, saying: “I applaud the effort and courage of health workers, Immigration officials, Customs officials, Civil Aviation officials, airport staff, port health officials, police and military personnel and other essential service providers for this yeoman’s work you are doing. Our nation is deeply in your debt.”

He further commended both sides of Parliament for the expeditious and

responsible manner in which they handled the passage of the Imposition of Restrictions Act, to which he said he had given assent.

President Akufo-Addo appealed to Ghanaians to maintain self-discipline by observing all enhanced protocols on the disease on a daily basis.

To that end, he emphasised the need for continuous practice of social distancing, regular washing of hands with soap under running water and the use of alcohol-based sanitisers.

He also advised against shaking of hands, as well as having close body contacts.

“Fellow Ghanaians, the cases of localised infections require that we maintain strict self-discipline and continue to practise prescribed social distancing and enhanced protocols in all aspects of our daily lifes.

“We must wash our hands regularly; we must use alcohol-based sanitisers, stop shaking hands and avoid unnecessary close body contacts. I am pleading with each and every one of you to comply with these measures; our survival is in our own hands,” he stressed.

“There are obvious difficulties ahead of us and we should all brace ourselves to face them. I will be transparent with you and not shirk from sharing with you the realities of our situation. I am determined to take whatever steps necessary to safeguard our society, our economy and our future.

“I remain confident that together, and by the grace of God, we shall overcome. This too will pass,” the President said.

He expressed appreciation to the men and women of God who had prayed for the nation with him at the Jubilee House last Thursday and the Muslim clergy who had prayed with the
Vice-President, Dr Mahamudu Bawumia, last Friday for their intervention and urged all to continue in prayer to God to protect the nation and save residents from the pandemic.

President Akufo-Addo appealed to Christians and Muslims to observe a national day of fasting and prayer on Wednesday (March 25, 2020) to seek the face of God.